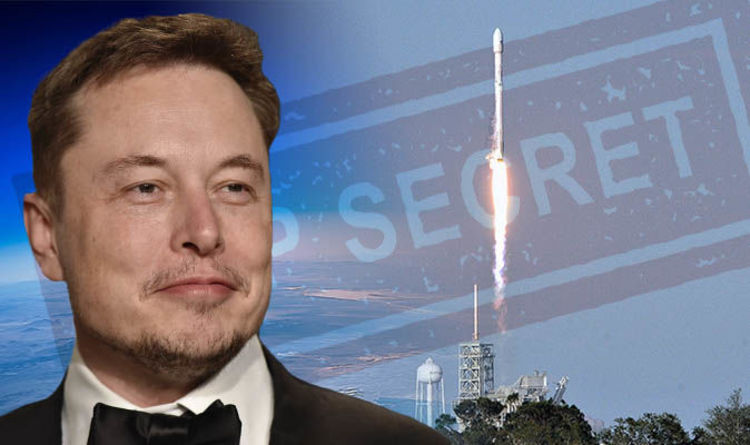 
SpaceX has targeted Friday January 5 to launch a secret US satellite on board its signature Falcon 9 rocket, the US Air Force has revealed.

The “restricted” payload, codename Zuma, will blast off from NASA‘s Kennedy Space Center (KSC) in Florida between 8pm ET and 10pm ET tonight (1am and 3am GMT on January 6).

The details of the launch have been shrouded in mystery, but the launch was initially targeted for mid-November from Pad 39A before being pushed back to analyse launch data from a previous mission.

Back in November 2017 Express.co.uk learned that global aerospace and defence company Northrop Grumman was involved in the endeavour.

Lon Rains, communications director at Northrop Grumman’s Space Systems Division, confirmed that SpaceX was partnering with Northrop Grumman to carry out a Government contract in a bid to cut down space travel costs.

Mr Rains said: “The US Government assigned Northrop Grumman the responsibility of acquiring launch services for this mission. We have procured the Falcon 9 launch service from SpaceX.

“As a company, Northrop Grumman realises that this is monumental responsibility and have taken great care to ensure the most affordable and lowest risk scenario for Zuma.

“The Zuma payload is a restricted payload. It will be launched into Low Earth Orbit.”

On Wednesday, SpaceX had confirmed that it had carried out a successful propellant test of the Falcon 9 on Pad 40 of the KSC.

The Zuma payload will be delivered into low orbit before the two stage Falcon 9 attempts to renter the atmosphere and touch down at one of SpaceX’s landing zones in Cape Canaveral.

SpaceX will soon after prepare for a January 15 launch of its brand new Falcon Heavy – a larger rocket composed of three Falcon 9 boosters.

The rocket manufacturer teased: “With more than 5 million pounds of thrust at liftoff — equal to approximately eighteen 747 aircraft at full power — Falcon Heavy will be the most powerful operational rocket in the world by a factor of two.”

The Falcon Heavy will blast off on its maiden voyage with Elon Musk’s cherry red Tesla Roadster on board for a “billion year” orbit around Mars.

The South African SpaceX and Tesla founder announced on social media that he would send his car into space, playing David Bowie’s Space Oddity on loop.

He said: “Test flights of new rockets usually contain mass simulators in the form of concrete or steel blocks.

The next SpaceX launch will deliver Saudi Arabia’s communication satellite Arabsat 6A on the Falcon Heavy from a Florida launch site.

Plants Have Been Keeping a Secret From Us About How Thirsty They Actually Are : ScienceAlert
Extreme Drought in Italy Reveals Hidden Bomb Submerged in River Since WWII
Clinical Trial Restored Sight to 20 People With Corneas Made From An Unlikely Source : ScienceAlert
Deep-Sea Sponges Can ‘sneeze’ Out Mucus, and The Footage Is Weirdly Mesmerizing : ScienceAlert
Astronomers Charted The Sun’s Life, And This Is How The Story Ends : ScienceAlert