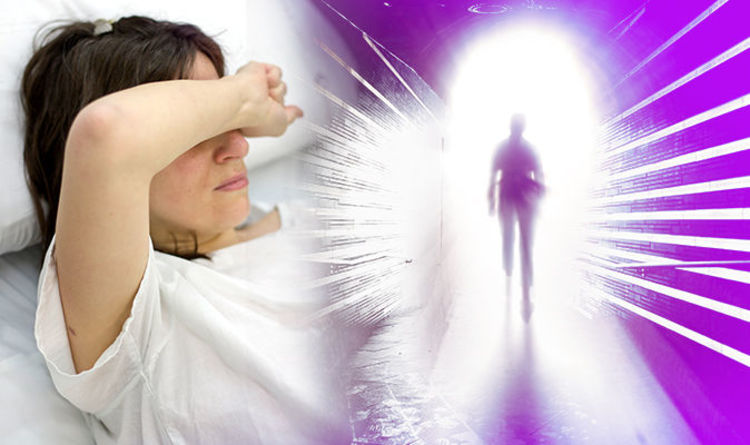 
A woman who just identifies herself as Judie was enduring child birth when the Anaesthesiologist injected the epidural and “accidentally put it into a vein”.

Judie’s blood pressure began to drop drastically and she said she “knew it was over before I slipped out of consciousness”.

According to an article Judie wrote on the Near Death Experience Research Foundation (NDERF) – a website which collects people’s accounts of dying temporarily before being resuscitated – death was an “entirely pleasant” experience.

Judie also says she was aware of everything that was going on around her, even as she drifted into the unknown, which was like “a curtain of light descending”.

She added: “I remember how surreal it was to realise how dark our world is.

“I’m not sure how to describe this but I could see the world. I was as if a veil had been lifted that made everything very clear and vivid.

“I rose up out of the dark part of the world and ascended into a very right, peaceful, and painless reality. There were others there who I could not see, but I did feel their presence.

“I could see where I had to go, but heard a voice in my head telling me it was not time yet.

“Suddenly, I was back in this world and really noticed how painful it was. I was very angry they brought me back.

“Then one of the nurses reminded me that I will soon have a baby who will need me.”

Some researchers state this is a normal phenomenon and not necessarily a sign from heaven.

A Splash of Milk in Coffee May Have Health Benefits We Didn’t Know About : ScienceAlert
Orcas Are Contaminated With a Forever Chemical Associated With an Unlikely Product : ScienceAlert
A Billion-Dollar Biotech Company Plans to Bring The Dodo Back to Life : ScienceAlert
Astronomers Pinpoint The Mysterious ‘Engine’ of a Super-Powerful Intergalactic Light : ScienceAlert
Scientists Discover a Weird New Form of Ice That May Change How We Think About Water : ScienceAlert