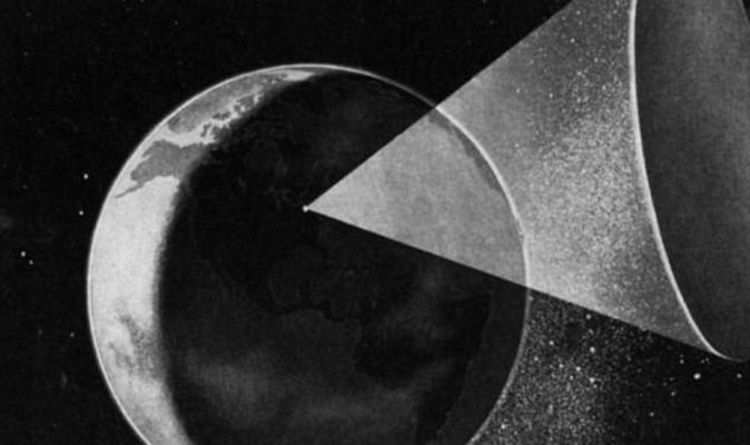 
Scientists from the evil regime were designing a giant one mile-wide ‘sun gun’ that would orbit Earth and scorch cities.

The technology would have worked similarly to a giant mirror that would reflect and concentrate the sun’s rays and burn cities on Earth to a crisp.

The satellite which was dubbed ‘the space mirror’ had been planned to orbit the Earth 5,100 miles above the equator.

The revelation was made in a 1945 article called ‘Nazi Men of Science Seriously Planned To Use a Manmade Satellite As A Weapon for Conquest’ in Life Magazine.

The article does say, however: “Whether the sun gun would have accomplished what they expected, however, is another matter.”

One of the main problems was that with technology at the time, there would not have been a rocket powerful enough to lift the weapon into space.

But had the Nazi’s managed to get it into space, it would have been able to “burn an enemy city to ashes or to boil part of an ocean”.

Since the Second World War, many people have claimed that the Nazi’s were planning on creating out there technology, such as a ‘Nazi Bell’ which is said to have allowed the Third Reich to visit the Moon, Mars and even distant star systems by making use of an unexplainable, gravity-defying propulsion system, according to conspiracy theorists.

Adolf Hitler is said to have ordered the development of the technology as part of a secret Nazi space programme.

Discussing the history behind the theory this week, John Goforth and Brent Hand from the Hysteria 51 podcast said: “As the walls begin to close in Hitler puts even more resources into his Wunderwaffe or Wonder Weapons.

“The prize of the lot? A bell-shaped machine potentially capable of destroying everything and everyone in it’s path or perhaps even altering time itself.

“But what happened to this secret Nazi project? Did it actually even exist?

“Was Hitler on the verge of using the Nazi Bell to change history forever and if so, where is it now?”

Scientists Reveal The Most Distant Galaxy We’ve Ever Found : ScienceAlert
Babies May Not Be Born With a Microbiome After All, Scientists Say : ScienceAlert
Study of 500,000 Medical Records Links Viruses to Alzheimer’s Again And Again : ScienceAlert
Major Blow as Experimental HIV Vaccine Fails in Late Clinical Trial : ScienceAlert
An Expert Explains Why The Radioactive Water Stored at Fukushima Should Be Released : ScienceAlert