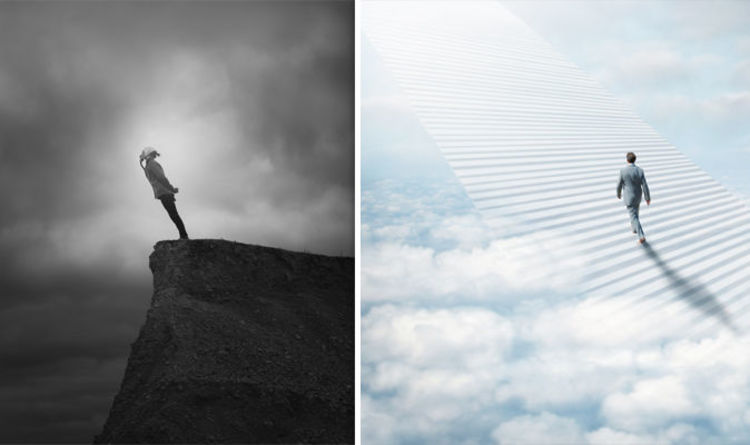 
A lady, who gives her name simply as Barbara, has spoken out about the time she tried to commit suicide – but quickly realised life was better than what was waiting for her on the other side.

In 1996, when Barbara was in college, she was suffering from depression and, when a man who she “had a crush on” rejected her advances, this was the tipping point for her. She said she decided taking her own life was her only option.

The young student took an overdose.

Describing when she closed her eyes, she said: “Hours passed.

“Everything seemed to be happening at once; or time stopped or lost all meaning.

“It was dim, weird, and unwelcoming.

“A clearly mystical or unearthly realm. It was a foreboding and eternal cosmic void.”

She added on the website NDERF – a domain which collects near death experiences: “All of a sudden, I found myself in a eerily strange place. In front of me, I saw an eternity of nothingness.

“I immediately decided that anything would be better than nothing.

“I don’t remember much that happened to me, but my NDE remains clearly etched in my consciousness.”

Mind-Blowing Video Reveals The Formation of Salt Crystals From Individual Atoms
A Horrible Condition Turning Starfish Into Goo Has Finally Been Identified
Ingenious ‘Wrinkled’ Graphene Could Be The Most Promising Water Filter Yet
Giant Predatory Worms Once Roamed The Ancient Seabed, Scientists Say
The Massive Genome of The Lungfish May Explain How We Made The Leap to Land