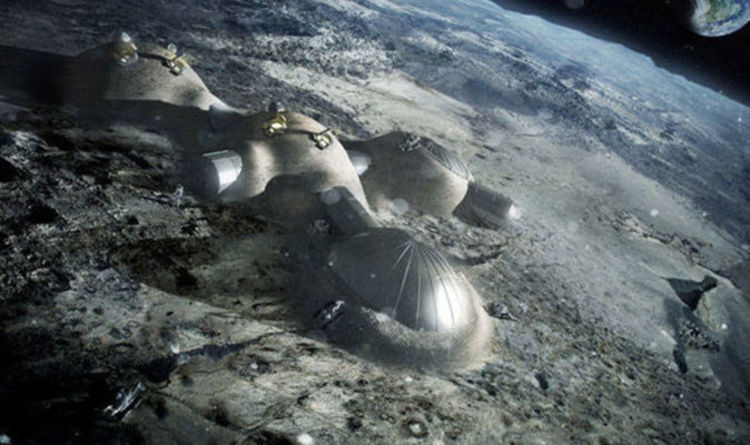 
Mr Bezos is looking to utilise the full potential of his space exploration company Blue Origin to establish a lunar base.

The billionaire says that his company will look to work with the likes of NASA and the European Space Agency to help colonise the moon.

Studies have shown that establishing a base there will be relatively easy as it is close to home, and contains large bodies of water beneath the surface which could be used to help create fuel.

However, the moon will not be used by the every day person, but rather major companies who will use the lunar satellite as a base for heavy industry.

This move will allow the planet to recover from the industrial age, leading to a happier and healthy life for humans.

Mr Bezos said: “We will have to leave this planet.

“We’re going to leave it, and it’s going to make this planet better. We’ll come and go, and the people who want to stay, will stay.

“The Earth is not a very good place to do heavy industry. It’s convenient for us right now.

“But in the not-too-distant future — I’m talking decades, maybe 100 years — it’ll start to be easier to do a lot of the things that we currently do on Earth in space, because we’ll have so much energy.”

“The Moon Village concept has a nice property in that everybody basically just says, look, everybody builds their own lunar outpost, but let’s do it close to each other.

“That way, if you need a cup of sugar, you can go over to the European Union lunar outpost and say, ‘I got my powdered eggs, what have you got?’

“Obviously I’m being silly with the eggs, but there will be real things, like, ‘Do you have some oxygen?’”

Director-general of the ESA Johann-Dietrich Wörner has previously said the moon village is virtually guaranteed and there are a “a list of worldwide entities” which want to get involved in a lunar-base project.

New Discovery Could Explain Why We’ve Been Misled Over The Cause of Alzheimer’s : ScienceAlert
Thousands of Mysterious ‘Owl’ Stones May Be The Work of Ancient Children : ScienceAlert
Scientists Reconstructed a 2 Million-Year-Old Ecosystem From Ancient DNA : ScienceAlert
Small Lakes Keep Growing Across The Planet, And It’s a Serious Problem : ScienceAlert
Fusion Technology Is Reaching a Turning Point That Could Change The Energy Game : ScienceAlert