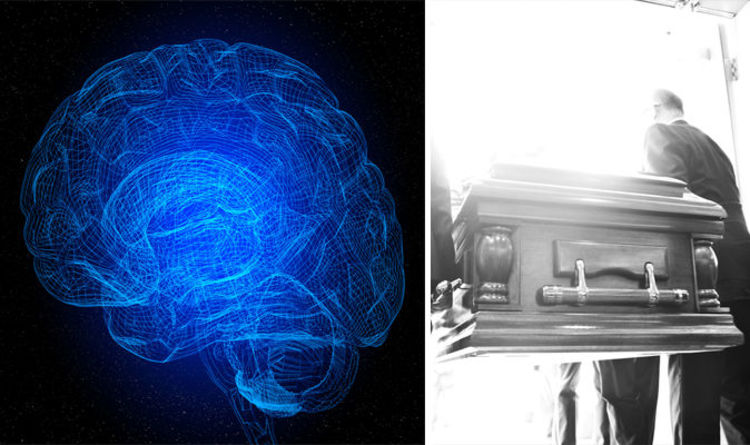 
Researchers believe they may have now found evidence of a sudden silencing of electrical activity in the brain just before you die.

Scientists, who were examining nine patients with ‘do not resuscitate’ orders, hooked the patients up to electroencephalogram (EEG) machines to monitor brain activity.

But suddenly, a wave of “spreading depression” kicks in and the cells shut down – at this point, it would be impossible to revive a person.

Cells die when blood stops flowing to them.

Following this, they draw on reserve energy supplies, which is why experts believe that they can continue to function for a relatively long time after the heart has stopped beating.

Lead author of the research published in the Annals of Neurology, Dr Jens Dreier, of Universitätsmedizin Berlin, said: “After circulatory arrest, spreading depolarisation marks the loss of stored electrochemical energy in brain cells and the onset of toxic processes that eventually lead to death.

“Importantly, it is reversible – up to a point – when the circulation is restored.

“There are no direct implications for patient care today.

“Particular challenges include the slowness of this wave that hampers its visibility in normal EEG recordings; however, this discovery may lead to improved diagnostic and treatment procedures in the future, following Max Planck’s motto that ‘insight must precede application’.”

The results could also imply that consciousness continues for a few minutes after death.

Dr Jed Hartings of the University of University of Cincinnati’s College of Medicine and a member of the research team told Newsweek: “The chemical changes that lead to death begin with depolarisation.

“We’ve never had a method to diagnose brain death, and we don’t have a way to be certain when all capacity for awareness is lost.”

The study comes nearly 70 years after Harvard scientist Aristides Leão believed he found a sudden silencing of electrical activity in animals as they were about to die, a process he called a “spreading depression”.