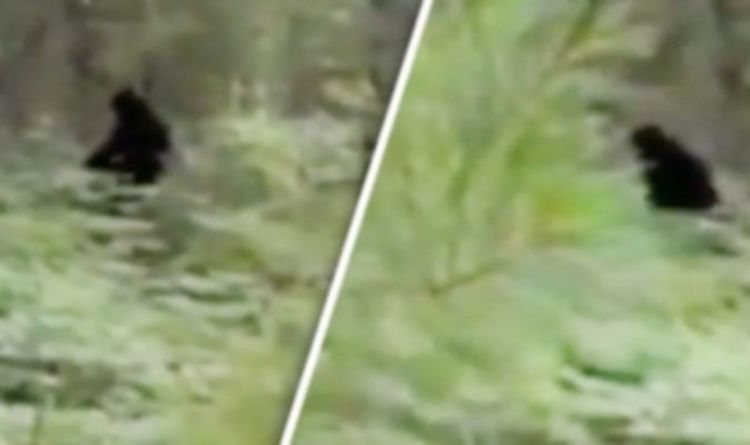 
In the clip, we see a hiker’s eye view as they approach a dark, ape-like figure making its way through the forest.

The camera then zooms in to try and get a clearer image of the creature’s face.

But the suspected Bigfoot quickly moves out of the shot and the video cuts.

The footage was uploaded to YouTube channel Nv Tv has since gone viral.

Racking up almost 40,000 hits in less than a week, viewers added their own opinion on what they saw.

Some viewers even believe they could make out two smaller animals following the main beast.

One posted: “It’s real and it has two young ones as well.

“The Bigfoot leaves them behind and walks forward directing the attention away from the small ones.”

Other, more sceptical viewers, were less than convinced, pointing out the reactions did not seem natural for the mythical beast.

“First off they would run because cause they don’t want to be seen, and he would have heard the man.

“Secondly, he is the size of a human being.

“Bigfoots are much taller.”

Similar to the Yet, Bigfoot is a well-known American folklore.

Also known as Sasquatch, it is a hairy, upright-walking, ape-like being, believed to roam the American wilderness.