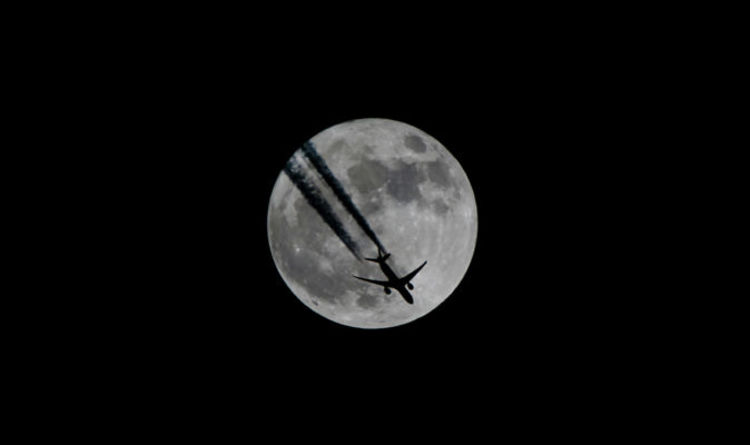 
On January 1 and 2, the moon will be the closest that it will be to Earth for the entire 2018 in an astronomical event that will excite space enthusiasts.

Gianluca Masi, astrophysicist and scientific director of the Virtual Telescope Project, said: The next full supermoon will appear a bit more than 7% bigger and a bit brighter than an average full Moon, but casual stargazers will not recognise this at their first glance.

“These differences are very small, only experienced observers can possibly note them, but they add charm to the event, a precious opportunity to admire our natural satellite in the night sky context, an increasingly overlooked and forgotten landscape.”

Those at home who do not have a telescope to study the moon in spectacular detail will be able to watch the event live on the Virtual Telescope website.

The event kicks off at 17.00 on January 1 where a camera will follow the moon all night.

While many will be hoping to spot the supermoon with their own eyes, Britons may typically be out of luck with the Met Office forecasting clouds for the opening of the new year, with a chance of rain.

The clouding might make the supermoon difficult to fully appreciate, leaving the online broadcast as the best bet.

A full moon is classed as being a supermoon if it is less than 364,000 kilometres away from the Earth.

A supermoon during the winter is considered ‘supersized’ by experts.

This is because the Earth is the closest to the sun in December, which means its gravity pulls the moon closer to the planet.