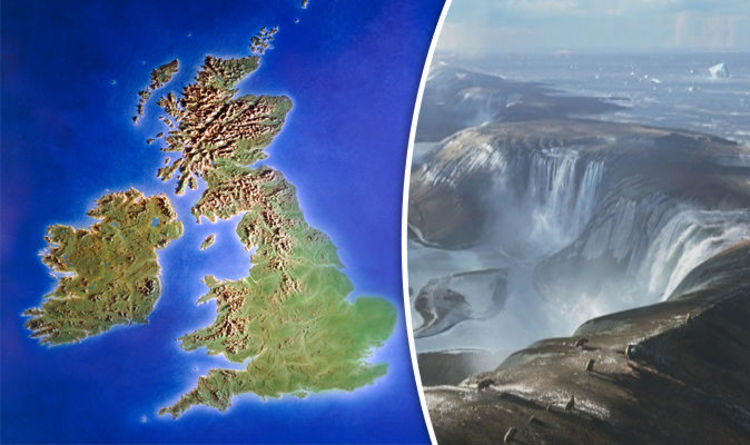 
Scientists believe that the UK was connected to UK via a stretch of land called Doggerland, a hypothetical low-lying land mass.

This was until a huge tsunami which could have been up to five metres tall wiped out Doggerland,permanently flooding it and separating Britain from Europe.

The majority of the land would have been less than five metres above sea level, leaving the inhabitants no chance of survival.

Dr Jon Hill, one of the team of researchers from Imperial College London, said: “It would have completely inundated the landmass.

“Any humans living there would have suffered a catastrophic event.”

It is believed that the massive tsunami was caused by a powerful landslide on the coast of Norway where 3,000 cubic km of sediment collapsed into the North Sea.

Dr Hill continued: “That’s a lot of sediment. Three hundred times more than all the rivers in the world hold in a year, which is what makes this event so unique.

“The chances of it happening again are minuscule.”

Professor Martin Bell, head of Archaeology at Reading University, said: “What we know from the work that has been done in Doggerland is that there are major episodes of sea change around that time, of which the tsunami was the most dramatic.

“We know a lot about the slide itself, but the extent of the impact on east-Britain has been less studied.

“There are some archaeological sites that have been flooded there. There are one or two sites in Scotland with known Mesolithic sites under layers of gravel … they clearly come from the tsunami because we can tell using carbon dating.”

This Artificial Synapse Can Run a Million Times Faster Than Ones in The Human Brain : ScienceAlert
For The First Time, Scientists Have Named a Heat Wave. Here’s Why It’s a Big Deal : ScienceAlert
The Moon Stole Something From Deep Inside Earth Eons Ago, and Scientists Can Prove It : ScienceAlert
Many Cat Lovers Are Giving Their Cats Unwanted Affection, Study Suggests : ScienceAlert
These Asteroid Particles May Be Our Most ‘Pristine’ Sample of The Outer Solar System : ScienceAlert