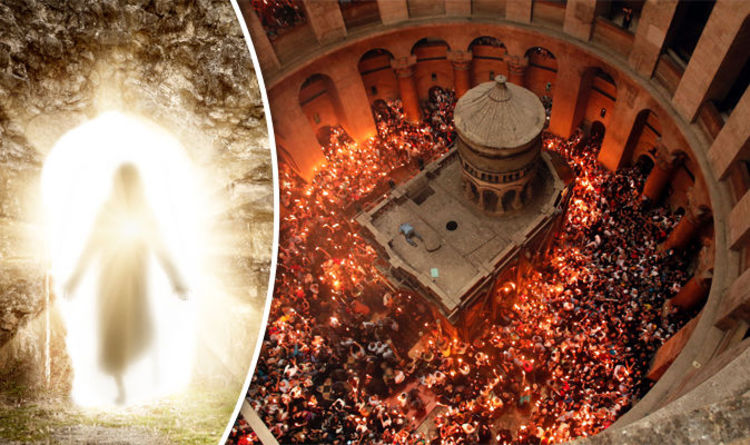 
Renovations that cost $4million can not save the Tomb of Christ from the dangers of a “catastrophic” collapse after experts identified extensive structural problems.

Antonia Moropoulou, chief scientific supervisor at National Technical University of Athens (NTUA) which helped carry out the initial renovations, told National Geographic: “When it fails, the failure will not be a slow process, but catastrophic.”

The team now propose another year-long project that would cost a further $6.5million to reinforce the structure of the Tomb of Christ.

The last set of renovations only finished just before Easter last year.

The tomb, which is part of the Church of the Holy Sepulchre in Jerusalem, is a major pilgrimage site visited by millions of Christians every year.

The renovation attempted to restore the tomb to its former glory after it was left discoloured by soot due to centuries of candle smoke and pilgrim visits.

Religious worshippers were amazed by the newly restored red marble of the structure surrounding the burial place, known as the edicule.

In an address, Greek Orthodox Patriarch Theophilos III of Jerusalem said the restoration was ”not only a gift to our Holy Land but to the whole world.

“For the first time in over two centuries, this sacred edicule has been restored.”

This Rembrandt Has Been Hiding a Surprising Secret For Centuries : ScienceAlert
Viagra Linked to Much Lower Risk of Death in Men, But Questions Remain : ScienceAlert
Physicists Break Record Firing a Laser Down Their University Corridor : ScienceAlert
Six Minutes of Intense Exercise Boosts a Crucial Molecule in Your Brain : ScienceAlert
An Expert Explains Why The Radioactive Water Stored at Fukushima Should Be Released : ScienceAlert