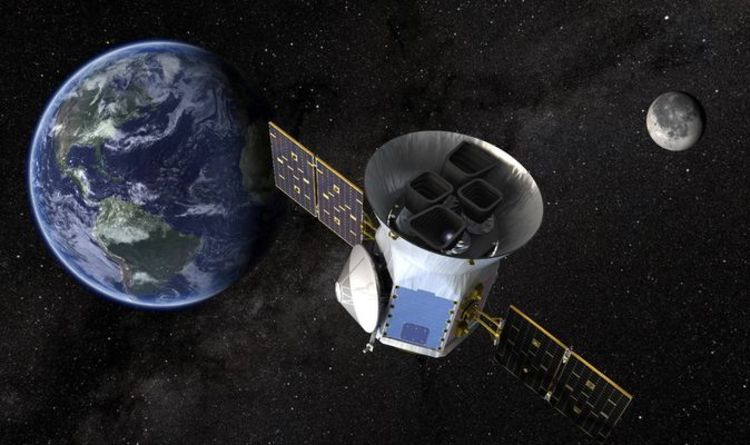 Our search for worlds circling stars far beyond our solar system will intensify after NASA launches the Transmitting Exoplanet Survey Satellite, or TESS, into orbit from the Kennedy Space Center in Florida aboard a SpaceX Falcon 9 rocket set for blast-off on April 16 on a two-year, $337-million mission.

NASA’s latest endeavour is designed to build on the work of its predecessor, the Kepler space telescope, which discovered the majority of some 3,500 exoplanets documented throughout the past 20 years, revolutionising one of the most modern fields in space science.

NASA hopes TESS will detect thousands more unfamiliar worlds, perhaps hundreds of them the size of Earth, or “super-Earth”-sized – no bigger than twice the size of our home planet.

These worlds are thought to stand the greatest chance of having rocky surfaces or oceans, and are considered the worlds with the most potential for the evolution of life, as opposed to gas giants similar to Neptune or Jupiter. 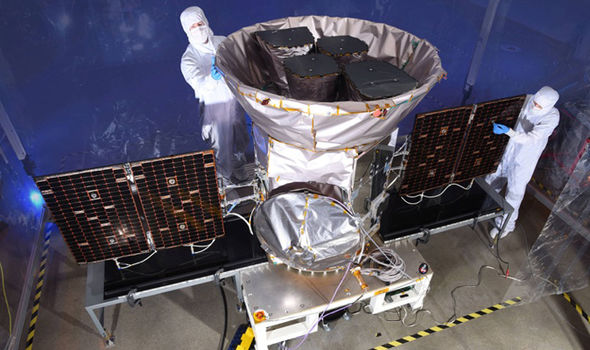 
Astronomers said they hope they will discover around 100 more rocky exoplanets for further study.

The new probe will take about 60 days to achieve its highly elliptical, first-of-a-kind orbit that will loop TESS between Earth and the moon every two and a half weeks.

TESS’s predecessor, Kepler, although still operational, has nearly run out of fuel after its positioning system broke down in 2013, about four years after its launch.

Paul Hertz, NASA’s director of astrophysics said on Wednesday: “So it’s perfect timing that we’ll be launching TESS to continue the great activity of looking for planets around stars other than our sun and thinking about what it might mean for life in the universe.”

TESS is approximately the size of a refrigerator with solar-panel wings and has four special cameras to survey 200,000 stars relatively near the sun and the brightest in the sky, searching for those with their own planets. 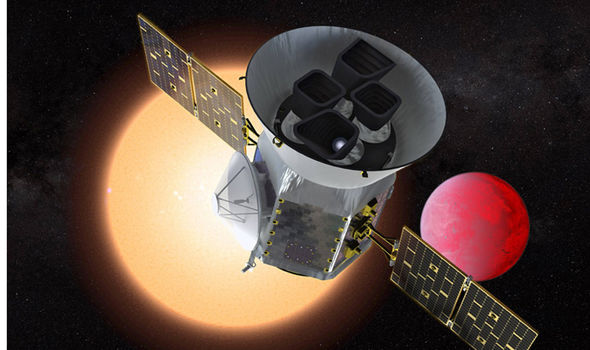 Astronomers hope to discover around 100 more exoplanets for further study

Similar to Kepler, TESS will use a detection method called transit photometry, which looks for periodic, repetitive dips in the visible light from stars caused by planets passing, or transiting, in front of them.

But TESS will scan a huge fraction for shorter periods, focusing most of its attention on stars called red dwarfs, which a smaller, cooler and longer-lived than our sun, unlike Kepler, which focused its glare on stars within a small section of the sky.

Measuring dips in starlight can determine the size and orbital path of an exoplanet. 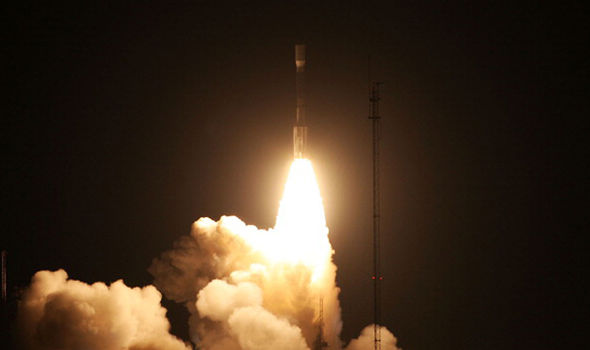 TESS’s predecessor, Kepler, has has nearly run out of fuel after its positioning system broke down

And further observations from ground telescopes can determine a planet’s mass, density and composition – whether largely solid, liquid or gas.

Martin Still, the TESS program scientist for NASA, said over 50 rocky, Earth- or super-Earth-sized planets have previously been identified, and NASA expects to increase that number through the new mission.

He said that the best discoveries will undergo intense scrutiny by a new generation of larger, more powerful telescopes now being developed that will search for telltale signs of water and “the kinds of gases in their atmospheres that on Earth are an indication of life.

Mr Still added: “TESS itself will not be able to find life beyond Earth, but TESS will help us figure out where to point our larger telescopes.”

An Expert Explains Why The Radioactive Water Stored at Fukushima Should Be Released : ScienceAlert
Scientists Reveal The Most Distant Galaxy We’ve Ever Found : ScienceAlert
Hypertension Drug Shown to Extend Lifespan And Slow Aging in Animals : ScienceAlert
JWST Has Found Life’s Elemental Building Blocks in The Depths of Darkest Space : ScienceAlert
Bacteria Can Use Plastic Waste as a Food Source, Which Isn’t as Good as It Sounds : ScienceAlert