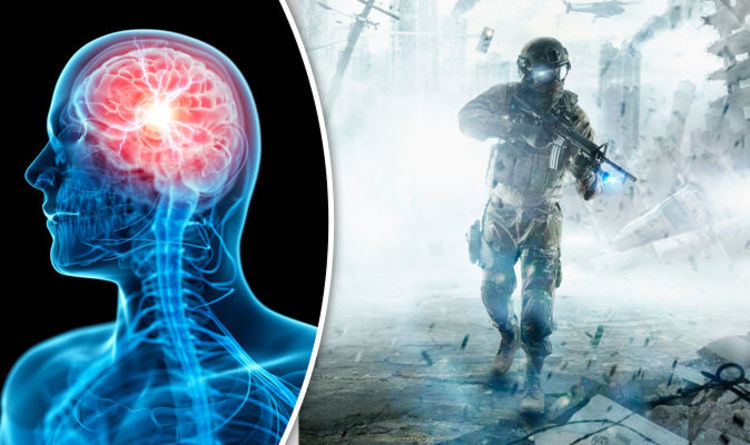 
The Defence Advanced Research Projects Agency (DARPA) is developing a “neural interface” which will allow soldiers and machine to connect through thought.

The Next-Generation Non-Surgical Neurotechnology, or N3, program is a project which will aim to create two new technologies.

One will be a minute interface where the user may have to ingest different chemical compounds to help external sensors read their brain activity, ultimately allowing them to control the technology using their mind.

The other will be a non-invasive technology that will monitor the brain and the machine.

Both interfaces would have to be “bi-directional”, meaning it can read brain activity while also writing information to the machine and vice versa.

It is unclear how DARPA intends to use the technology, but Al Emondi, the program manager at DARPA’s Biological Technologies Office, told Next Gov the interface could be used to help a pilot coordinate a fleet of drones with their thoughts or troops to control a remotely deployed robot by using their brain’s motor signals.

Mr Emondi added: “We don’t think about N3 technology as simply a new way to fly a plane or to talk to a computer, but as tool for actual human-machine teaming.

“As we approach a future in which increasingly autonomous systems will play a greater role in military operations, neural interface technology can help warfighters build a more intuitive interaction with these systems.

“The tools we use have grown more sophisticated over time … but these still require some form of physical control interface—touch, motion or voice.

“What neural interfaces promise is a richer, more powerful and more natural experience in which our brains effectively become the tool.”

DARPA predicts that it could take four years to complete the project.

Narwhals Are So Weird, Scientists Used Chaos Theory to Explain Their Behavior : ScienceAlert
The Pacific Is Destined to Vanish as Earth’s Continents Meld Into a New Supercontinent : ScienceAlert
‘Unbelievable’ Video Shows 2 Bees Working Together to Open a Soda Bottle : ScienceAlert
Secret Clues in Tutankhamun’s Tomb Reignite The Idea That Nefertiti Is Hidden Nearby : ScienceAlert
New Discovery Means Parkinson’s Could Be Diagnosed With a Swab in Just 3 Minutes : ScienceAlert