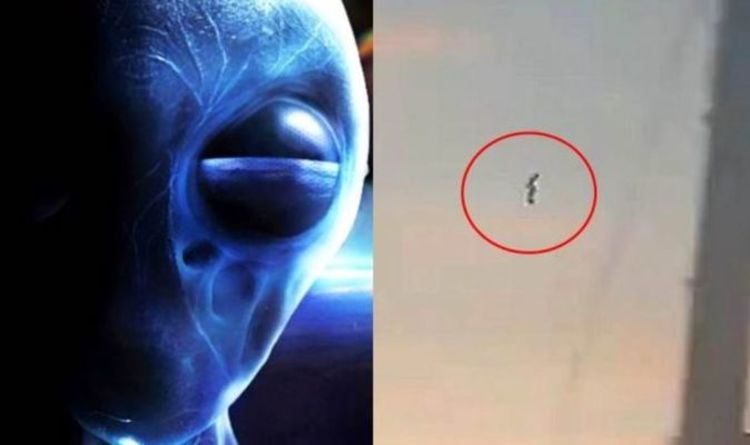 
There have been a flurry of media reports about the mystery object filmed above a road in the northern state of Baja California, with speculation it is “proof aliens are watching our planet”.

It was filmed on a mobile phone by a woman who was driving through the Mexican state.

He said: “You can see that the tubular UFO is flying vertically over the city.

“This year will be very important for those of us who follow this phenomenon closely.

“Some of these space missions have ‘suspicious objectives’ that alien being are aware of.”

Commentator Andrew LaSane said on Outerplaces.com: “As with every UFO, some are calling the Baja California sighting a hoax, with others saying that it is a man with a jetpack.

“The figure does look like a flying person, but so far there is no alternate footage of the event to validate or disprove what the woman saw or what Martinez confirmed as an alien spacecraft.”

However, one UFO expert claims he may have worked out what the link between the object and outer space really was.

Scott Brando, who runs debunking website Ufoofinterest.org, claims the footage shows a helium balloon in the shape of a Star Wars stormtrooper, a novelty gift that is widely available.

He found earlier footage of one floating off into the air, which had a remarkably similar shape once high enough up.

He tweeted: “The video of so-called ‘vertical UFO’ or ‘humanoid-shaped object’ taken in #Mexico has gone viral. There’s a possible explanation like this ‘stormtrooper balloon’.”