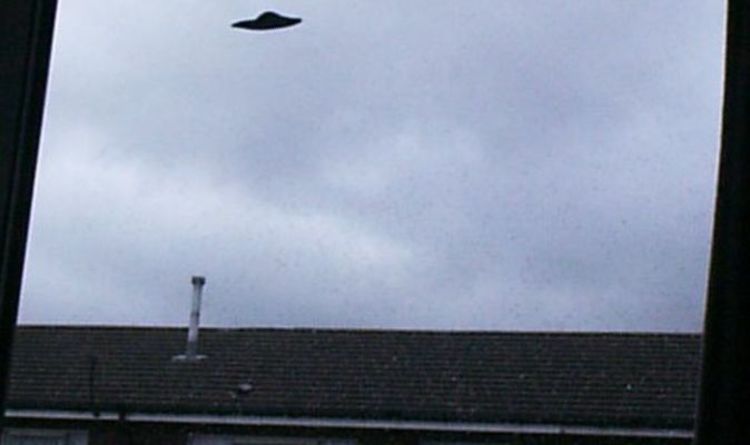 
Alien conspiracy theorists have claimed for years that there are hidden underground bases in the US, where alien visitors held the US Air Force reverse engineer their flying saucer technology.

However, it has not widely been claimed there are any in the UK.

The alien base conspiracy theory ties in with other claims that the US Government has known for years that aliens visit earth but keeps it hidden from the public for fear of the impact the knowledge would have on religion and the rule of law.

Mr Waring published an article on hos website which claimed there was no proof of alien bases in the UK – due to an historic UFO sighting that has just emerged.

In his article entitled “Black Disk Seen In Sky Over Great Britain, Proof Alien Bases Exist In GB” he said the sighting took place on March 8 1998, in Gainsborough, Lincolnshire, but has just been reported to the Mutual UFO Network (MUFON.)

US-based MUFON is the world’s biggest organisation dedicated to UFO investigation and it keeps a global database of sightings going back years.

Mr Waring, now based in Taiwan, said: “I really like this photo. It shows a classic shaped UFO in the far distance above Great Britain.

“There is just too much evidence coming from GB to deny the existence of aliens any longer.

“The truth is, we are not alone, and never have been.”

In a report to MUFON, the original witness, who has not been named, said: “I had just bought a new camera and was trying it out by swizzling around and snapping pictures to see if the was any blurring.

“I took about ten pictures doing the same thing and I only looked at the first couple and they seemed good quality.

“So I downloaded them into a file on my computer and never thought any more about it.

“Then I acquired a program called Picasa which found lots of photos on my computer looking through them I spotted this one I thought it might have been a bird in flight and passed it by. “I have never bothered to much about it and it might be nothing at all, I will let you judge.”

A Billion-Dollar Biotech Company Plans to Bring The Dodo Back to Life : ScienceAlert
Alarming Spread of Bird Flu Continues as More Species Infected : ScienceAlert
A Planet Almost Exactly Earth’s Size Has Been Found 72 Light-Years Away : ScienceAlert
Scientists Discover a Weird New Form of Ice That May Change How We Think About Water : ScienceAlert
We Used to Hate Commuting. Now We Realize We’ve Lost Something. : ScienceAlert