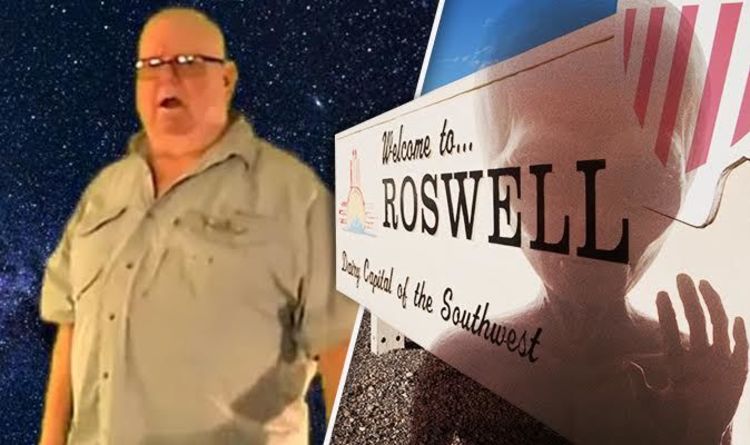 American Robert Miller recorded a sensational YouTube clip which he said he made to “clear his conscience” as he is “getting old.”

In the video, seen by more than 300,000 people, he said he was a former marine corps pilot who was recruited to test fly a craft that had been “reverse engineered” from the remains of a Roswell UFO that crashed in 1947.

The US Government did not acknowledge the existence of Area 51 until 2013, but it is now commonly accepted research is done there on new USAF spy craft.

However, conspiracy theorists are convinced if flying saucers have ever crashed on Earth, the wreckage and alien bodies have been secretly taken to storage in Area 51.

One long-running claim is a UFO which allegedly crashed in the New Mexico desert near Roswell in July 1947 and it is now stored at Area 51.

Extraordinarily, Mr Miller suggested the craft could reach the “speed of light” and even travelled through time, Dailystar.co.uk reports.

Conspiracy theorists believed remains of UFO spacecrafts were stored at Area 51, and that government scientists were researching the remains to engineer the aliens technology

After explaining how he was sworn to secrecy, with “dire consequences” if he broke this, he described the test flight, and a subsequent crash.

He said: “I do remember they brought me inside the craft and up to the pilot’s seat. There was only room for one person in the giant craft.

“I looked around the cockpit and only saw a seat.

“No joystick, no steering wheel, no other controls. There was, however, a helmet. They told me the craft was controlled telepathically.

“I was told to imagine the craft starting to float off the ground, but it didn’t work.

“Instead I had to imagine that I was the craft, like part of it, and I began thinking of myself floating off the ground and I felt the vibrations.”


I had to imagine that I was the craft, like part of it, and I began thinking of myself floating off the ground and I felt the vibrations.


It was then that he suggested he may have experienced time-travel after blacking out during the experience.

He said: “I was 500ft off the ground, then the vibrations of the engine stopped. There was no ejection button on the craft. I was effectively helpless.

“[The craft] was plunging towards the ground and I went unconscious.

“The next thing I knew I was in hospital. A man in a black suit came in and explained to me what happened. He said right before the craft hit the ground, it just went, boom, disappeared.

“Then in the middle of the night, they heard a loud crashing noise outside, the craft had crashed in the same spot.

“The scientists had hypothesised that the craft had time-travelled.”

The whistleblower said he had chosen to go against his secrecy agreement in the interest of the truth.

He said: “If anything happens to me in the next few days, you will know why. 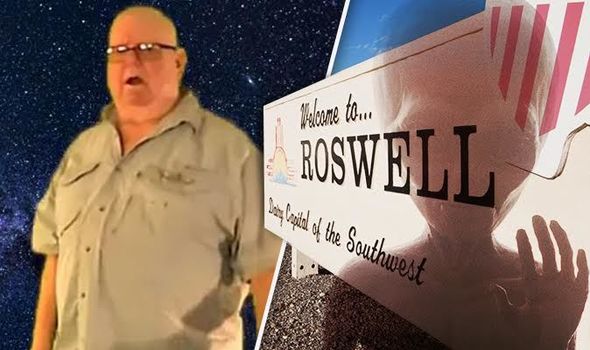 “The truth is more important than my safety right now. I wanted get the truth out there, I have been living a lie a long, long time.”

There was a mixed reaction to the video.

One viewer posted on YouTube: “I think he’s telling the truth no doubt about it.

“It’s about time the government come clean about UFOs that they are time machines from the future and they are not from other planets.”

Another said: “Absolutely believe you and you are a brave man for speaking out. You made history and you will go down in the history books as the first known human to pilot a UFO.”

However, a third branded it fake.

Robby Combs posted: “Everything about this tape screams fake. He is merely reciting things he has heard other people say.”

Mr Miller is not the first alleged Area 51 worker to come forward with tales of UFOs.

In 1989 Bob Lazar alleged to be a mole with staggering claims about the facility.

Mr Lazar said he reverse engineered recovered crashed alien flying saucers to try to develop their anti-gravity flying systems, at the mysterious base, which is guarded by armed security.

He spoke of UFOs being hidden in hangars carved out of the mountain sides close to the Nevada military base which is tucked away in the desert.

Mr Lazar’s claims have divided the UFO community ever since, with many believing he a credible whistleblower, while others say he is a fantasist who has been debunked.

Roswell has been at the heart of the UFO scene since the military sensationally announced in a press release in July 1947 it had found the remains of a crashed flying saucer in the desert nearby.

But the following day it retracted the statement, saying it was in fact a damaged US Air Force air balloon.

Witnesses later came forward to say there had been alien bodies within the “crashed craft”, which along with the wreckage were then taken to Area 51.