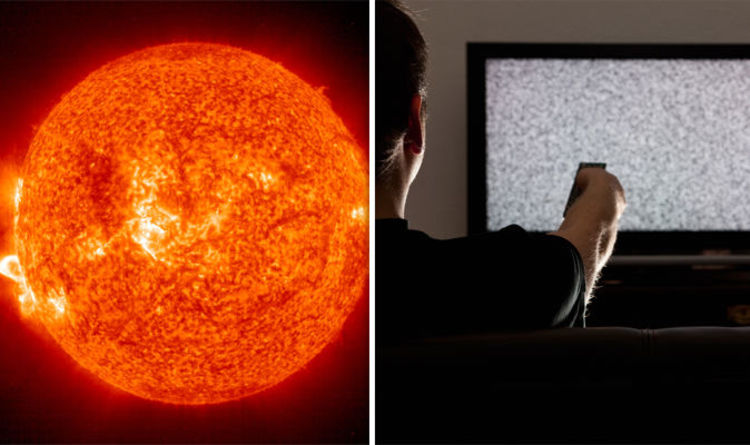 
The National Oceanic and Atmospheric Administration (NOAA) has said that a stream of solar wind will hit our magnetic field today, January 8.

The stream of cosmic material stems from a hole in the sun’s atmosphere.

For the most part, the Earth’s magnetic field – or magnetosphere – protects humans from the barrage of radiation, but it can affect satellite-based technology.

Solar storms wreak havoc on global technology as the radiation which pummels our planet heats up the outer atmosphere, causing it to expand.

This means that satellite signals will struggle to penetrate the swollen atmosphere, leading to a lack of Internet service, GPS navigation, satellite TV such as Sky and mobile phone signal.

Additionally, increased currents in the Earth’s magnetic field – or magnetosphere – could theoretically lead to a surge of electricity in power lines, which can blow out electrical transformers and power stations leading to a temporary loss of electricity.

However, the solar storm could result in Southern or Northern Lights – or aurora australis and aurora borealis – depending on which hemisphere the solar winds hit.

Space Weather adds that there is a 40 per cent chance of “polar geomagnetic activity” which would spark the tech blackout.

Coronal holes such as this are more common when the solar minimum is approaching – a period every 11 years when solar activity is at its lowest – with the next one due over the next 12 months.