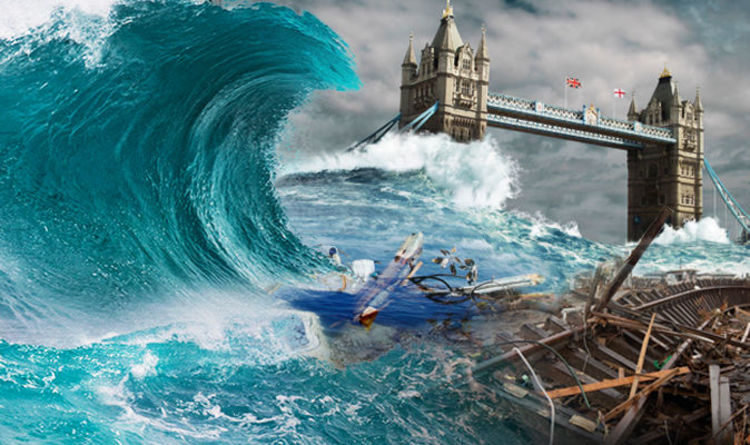 
The Storegga landslide 8,2000 years ago unleashed a huge wave on Britain’s northern islands as an underwater land mass larger than Scotland broke away from the seabed off Norway and rolled downhill.

But researchers have now warned there could be more to come with sea slime potentially triggering tsunamis that could strike Europe.

One fifth of all tsunamis can be traced back to underwater landslides, according to a new study, as layers of slime build up thanks to microscopic fossils that line the ocean floor.

A report published in the journal Geology says: “When the seabed loses its stability and starts to move, it often happens in much larger dimensions than landslides ashore – and at slopes with very low gradients.”

“Displacement of large amounts of sediment under water can cause devastating tsunamis.”

However, the report added that finding for the source of the landslide is more difficult as it is submerged.

It reads: “Searching for the causes of such landslides is much more difficult underwater than on land due to their inaccessibility.”

Not only do the landslides and the subsequent tsunamis pose a threat to life on land, it can also wreak havoc for us from under the water.

Dr Urlaub told Live Science the landslides are “a threat to any infrastructure on the seabed, such as those related to hydrocarbon exploration, pipelines and telecommunication cables, affecting our internet traffic.”

The researchers determined that microalgae known as phytoplankton are responsible for the landslide, and there is a build up near the borders of northern Africa which could trigger a landslide to parts of southern Europe.

The report said: “These phytoplankton organisms form shells out of silica. In some phases of the earth’s history, large amounts of diatoms form, the shells of which, after dying, sink to the bottom of the sea and form thick layers.

“Since diatomaceous oozes appear to be a common feature off the Northwest African coast as observed in seismic data, the authors assume that this phenomenon is also the reason for other mega-slides in the region.”