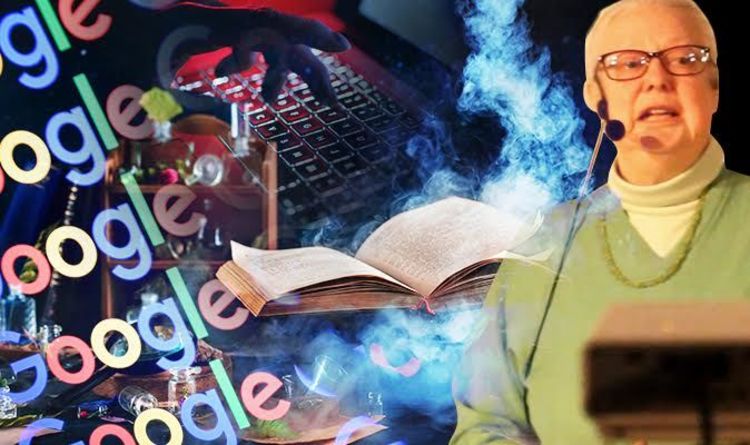 
There is no scientific evidence that magic exists, but thousands of people involved in witchcraft are convinced they can make magic potions and cast spells using materials found in our natural environment.

She said: “Technology is killing magic. We do not need to be separated from the natural world, but an awful lot of young people grow up today distanced from nature.

“Young people don’t go outside. When I was a kid there was no technology and I spent all day outside.”

She said schools may teach children about the woods, but they might go home and say “Mum, what is an oak tree?”

Mrs Green said: “They can get out their iPad and Google it, but it is not the same. It does not give you the smell, the size, or the energy in the living being.”

She told the annual Occult Conference in Glastonbury, Somerset, that trees could be used as a way of “drawing up magic” from the Earth.

Mrs Green said: “People can gain information from technology, but they need to know about plants.”

She said wise men and women, the original names for witches, knew the cycles of nature and every plant and herb within a five-mile radius of their homes, and could use them to cure conditions such as warts.

The white witch said people were choosing to explore the environment virtually through Google Earth, but should get out there and feel the rain and build a “magical memory.”

She said: “Magic is a real genuine positive power. People are divorced from the real world and out of sync. The old folk lived by the light of the moon and the tide.

“We need to feel the balance and reconnect to nature – connect human nature to the natural world – the gentle art of natural magic.

The old world used to look hard – I call the ogle.

“Never mind Google – we need to oogle… go and state at a tree and the chances are it will be looking back at you.”

Intriguing Meteorite From Mars Reveals ‘Huge Organic Diversity’, Scientists Say : ScienceAlert
‘Funky Worm’ Fossil Helps Explain The Mysterious Origins of Amphibians : ScienceAlert
Dogs Can Be Aggressive For Lots of Reasons, And One of Them Is You : ScienceAlert
This Physicist Says Electrons Spin in Quantum Physics After All. Here’s Why : ScienceAlert
Our Body Temps Have Been Dropping For 160 Years. Gut Microbes May Be Playing a Role : ScienceAlert