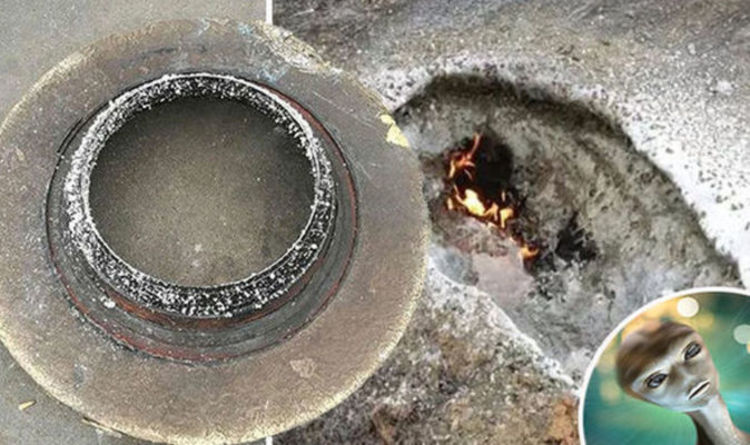 Was metal allegedly recovered from UFOs found by the military or MUFON?

A shock New York Times article revealed details of a top-secret £16 million Pentagon study on any threats posed by UFOs which ran from 2007 to 2012.

According to the New York Times, which said it had seen DoD documents relating to the study, “metals unknown to science” had been recovered, which had been tested and placed them into private storage.

It was widely believed in the UFO community that the metals must have been taken from a UFO crash scene such as the legendary Roswell incident of 1947.

However, it has now been claimed that UFO believers found the material and handed it over.

The bulk of the money allocated by the DoD for the project reportedly went via a contract to Bigelow Aerospace in Las Vegas, run by billionaire US businessman Robert Bigelow, who is also working with NASA to create a new expandable spacecraft.

Last May, Mr Bigelow stunned the world by declaring during an interview with prime time CBS current affairs show 60 Minutes intelligent aliens are secretly living on Earth, and the government knows.

The report claimed under the billionaire’s direction buildings at the company headquarters were “modified” to allow the storage of the materials.

The SETI Institute is a collective of scientists looking for evidence of alien life in the cosmos.

James Oberg, a space journalist, historian and former NASA employee, said he understood the metal had not been recovered and stored by the military or government agents, but UFO hunters.


Imagine a scenario where a farmer sees a UFO over his cow pasture, and later found some bits of metal in the field. He assumes – maybe wrongly – that it’s connected with the sighting, and gives it to a UFO investigator.


Mr Oberg said: “The money went out of the DoD to Robert Bigelow and he contracted the work out to some UFO groups to look for UFOs and who spent a lot of money retrofitting his buildings to store this material.”

Show host Seth Shostak said more details should be given on the material and what exactly was done to the buildings to store the product.

He said: “Why would the government give the material to business entrepreneur Robert Bigelow, why not to science experts in atmospheric physics or even aviation?

“Look people have been clamoring for physical evidence for decades. If that evidence is stacked up in some buildings in Las Vegas, let’s open the doors.

“At the moment the promise of exotic artefacts in storage is nothing more than that.”

Fellow host Molly Bentley said: “Why aren’t the artefacts from unidentified aerial phenomena in his building being made available to material scientists or other researchers for study.

“If the evidence isn’t released, no one can evaluate it.”

Details of the D o D Advanced Aerospace Threat Identification Programme (AATIP) investigating the threat posed by UFOs, that supposedly looked at the material, were revealed in December.

The project was run by military intelligence official, Luis Elizondo, on the fifth floor of the Pentagon’s C Ring.

Mr Elizondo, who resigned to form UFO research group To The Stars Academy with former Blink 182 singer Tom DeLonge’s, said that the effort secretly continues and that he has a successor, whom he declined to name.

According to the New York Times article, documents from the Pentagon said metal and other materials allegedly recovered from UFOs were stored in converted buildings in Las Vegas under a US Government-funded program.

The material, that was said to be “unknown to science” following tests, was stored in buildings at Bigelow Aerospace.

However, no images have surfaced of the alleged material, nor have any details of where the objects was found, or any reports of tests carried out.

No further details were released at the time about where they were found, how many there are, or what happened to them.

It also does not appear any official reports on the materials have been released, but it is claimed that research was also carried out on people who came into contact with the material to see if there were any effects on them.

Express.co.uk has approached Mr Bigelow through Bigelow Aerospace to try to find out what happened to the material.

We have also contacted Mr Elizondo through To The Stars Academy, asking if they know what became of the materials.

We await responses from both.

Nick Pope, a former investigator of UFOs for the British Ministry of Defence (MoD), also understands the metal parts may have been obtained by UFO groups, specifically the US-based Mutual UFO Network (MUFON), which investigates UFOs and keeps a global database of sightings, but whose chief executive Jan Harzan is an alien conspiracy theorist, who believes aliens are here on Earth.

Mr Pope said: “We don’t know how these alloys and other materials were obtained.

“We’re told they relate to UFOs, and if they come from some sort of military encounter, this is potentially very significant.

“However, we also know that Bigelow Aerospace acquired all sorts of UFO-related materials from civilian UFO research groups such as the Mutual UFO Network (MUFON).”

Mr Pope said: “Imagine a scenario where a farmer sees a UFO over his cow pasture, and later found some bits of metal in the field.

“He assumes – maybe wrongly – that it’s connected with the sighting, and gives it to a UFO investigator.”

Alejandro Rojas was the official spokesperson for the MUFON at the time the AATIP ran. He does not believe the metal was provided by MUFON investigators.

He told Express.co.uk: “I do not believe that to be accurate. I do not believe MUFON had anything to do with the material. But, I can tell you it is not an alloy like the New York Times claims.”