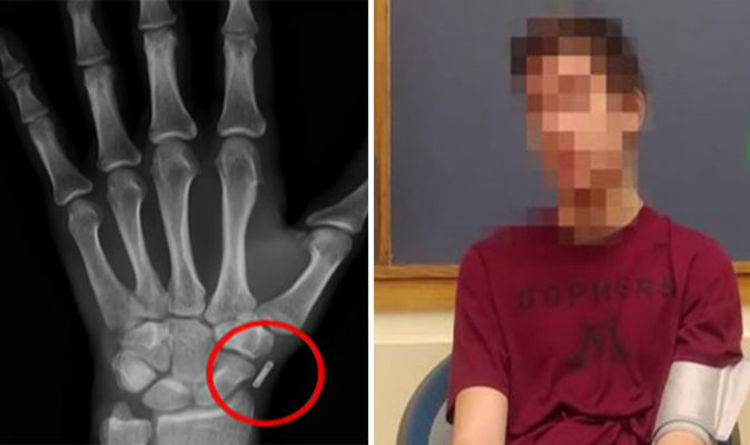 
Noah first grabbed the world’s attention last month when he suddenly appeared in online videos and revealed several eerie predictions about the future.

He told viewers about the future of artificial intelligence, the fate of Donald Trump and the year humans finally land on Mars.

However, just this week, in an interview with an Australian broadcaster, Noah revealed exactly how he made the incredible journey across time itself.

Speaking to baffled presenters on Australia’s 7News channel, Noah declared that he had been working for the government in the year 2030.

He described a top-secret mission he was working on when everything went suddenly wrong and he was trapped in the wrong era.

The self-proclaimed time traveller also explained how time travelling was developed at a mysterious government base which harnessed electricity to send people back in time.

Noah explained, speaking from an undisclosed location: “I was on a mission with my co-workers when everything went wrong.

“We all got fired on the spot by the government mid-way through a time we were not meant to be in.

“When I time travelled I put on special clothing in a giant dome and electricity was able to transport me.

“The dome is in the middle of nowhere in a secret government facility.”

In a shocking development, Noah has also provided x-rays of his wrists that appear to show implants in his hands that he said enable the capacity to time travel.

He also reiterated his claim that artificial intelligence will take over the world within the next 12 years and that Donald Trump will get re-elected as US President in 2020.

Noah also explained that humans would land on Mars by 2028 and even revealed that Martin Luther King Jr.’s granddaughter will be a future the president of the United States.