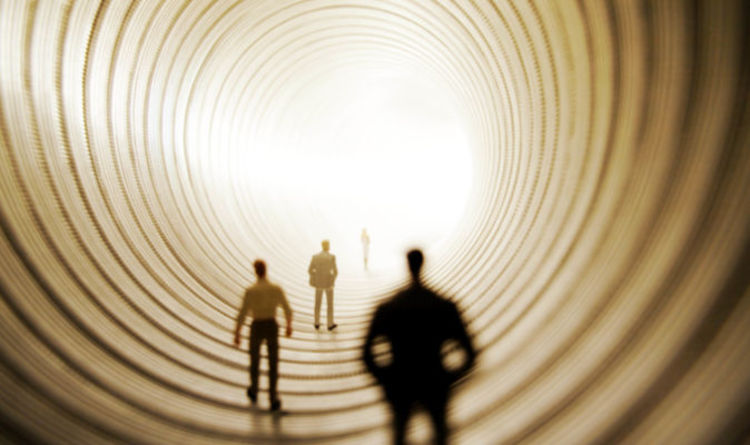 
Social media users have been sharing their experiences in huge numbers, hoping to solve one of the world’s great unanswered questions – what happens when you die.

Their extraordinary insights come from being resuscitated after they were considered medically dead.

One, Schneidah7, was left dying on the road after being hurled from his motorbike while going 50mph.

Before paramedics got to him, he said his dead brother visited him and encouraged him to battle on.

He wrote on Reddit: “I just remember being on the pavement and things slowly going black and quiet.

“The only reason I didn’t fall asleep was a bizarre moment where I heard someone yelling ‘Ranger up you candy f***! Come on man, get up. Get up. GET UP!’ and then someone slapping my helmet.

“When I opened my eyes I saw my brother squatting on the pavement next to me. This was odd because my brother has been dead from an OD for several years.

“I couldn’t really gather the presence of mind to speak so I just looked at him.

“The only other thing I remember is him glancing at his watch and saying something like ‘They’ll be here soon’ and then walking away.”

Another contributor, Monitormonkey, claimed his heart stopped beating during major surgery in hospital, leaving him technically dead for for around two minutes.

He said: “I woke up in what looked like space but there wasn’t any stars or light. I wasn’t floating so to speak, I was just there.

“I knew there was light and love somewhere nearby but I had no urge or need to go to it right away.

“I remember thinking over my life, but it wasn’t like a montage. More like I was idly flipping through a book and snippets stood out here and there.

“I don’t remember making a decision to stay or go back, I just woke up in the ICU two days later.

“Whatever it was, it changed my thoughts on a few things. I am still afraid to die, but I’m not worried about what happens after that.”

And another user, IDiedForABit, recalled her their experience of when their heart stopped for six minutes following an allergic reaction.

They claimed to find themselves in a strange garden and being confronted by a ghostly boy and girl.

They said: “I remember a feeling of being sucked backwards, extremely slowly like being pulled through water and this blackness fading in and out.

“At one point it faded back in and i was staring out at a garden. It wasn’t filled with flowers, just dust and patchy grass.

“There was a playground with a merry-go-round in the middle and two children running around it. A boy and a girl.

“It’s difficult to describe but I got the feeling that i could choose if I wanted to stay or leave, but every time I tried to go back I was held in place.

“I went through all the reasons i wanted to go back, and when I told the presence I didn’t want to abandon my mother whatever held me finally let go. I snapped back into my body.”

And TheDeadManWalks said he was met with an incredible sense of peace and the option of choosing to live or die while undergoing chemotherapy and slipping in and out of death.

He wrote:The worst part of it all, looking back, is how peaceful it can seem.

“It’s like wanting to hit the snooze button on your alarm at 7am.

“And maybe you do hit it once or twice but then you remember that you have work or school and that sleep can wait because you’ve still got s*** to do.”