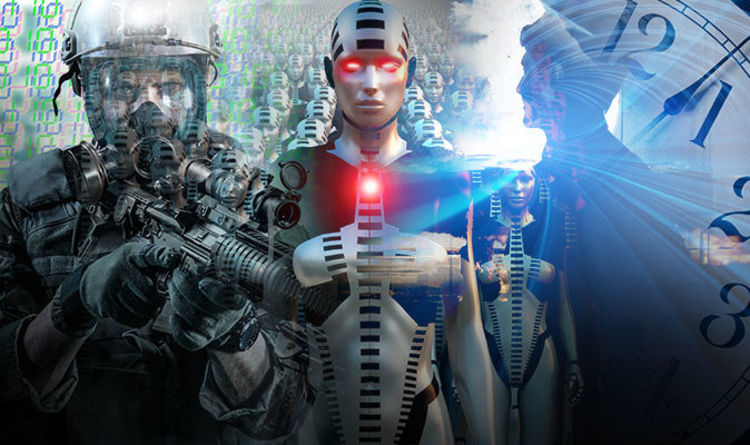 While he recounts his story, his face is hidden and his voice is distorted

The man, whose face is blurred to apparently protect his identity, claims the human race battles with robots controlled by a supercomputer who try to stamp out all of human and animal life on Earth.

Speaking in Paris, France, he said: “Do you want to know what I hated there? The Robots. They were everywhere.”

“They were not only robots, they were very clever and could take the decisions, communicating with each other.

“The great artificial intellect was given the perfect power, it was his decision to destroy man and all organic creatures and the planet would be only ruled by intellect creatures.”

He claims he was born in the “European Empire” and “participated in the events”.

“When I was 18, I was drafted into the army – I became a military man.

“I was a witness to everything that happened in 3,260.

“I didn’t only watch this event, I participated as I lived at the period of time.”

He adds that the technology of his time makes out technology look like “digital watches”.

He continued: “You know about nowadays innovations, such as eyeglasses for movies, they all look like a digital watch if we compare them with everything we have.

He claims there are no birds in his time and the nature in our time is “incredible”.

But once the war began, billions of people were killed, he claims.

He goes on to say that aliens “from other galaxies” are also involved in the war.

But, it is not explained how or why he travelled back to our time.

The clip was uploaded on Youtube channel Paranormal Elite.

It was one of many recent videos from people who claim to be time travellers.

Just yesterday, a man claimed to have visited the year 5000 and showed a video of Los Angeles underwater.

The video, posted on the ApexTV YouTube channel, shows the man called Edward describing how he came to be a time traveller. 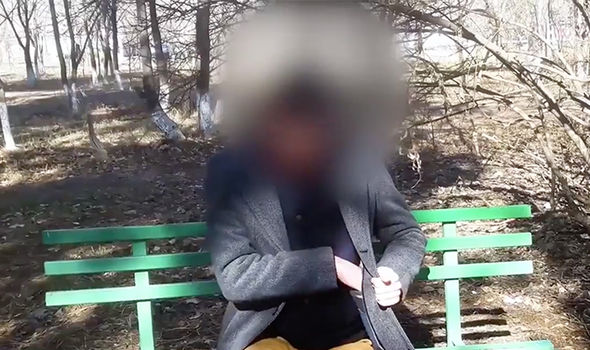 His face is also hidden and his voice is distorted.

Edward claims he was involved in a top-secret experiment in 2004 that allowed him to visit the future.

In the interview, Edward shows a photo which he claims is from the year 5,000. 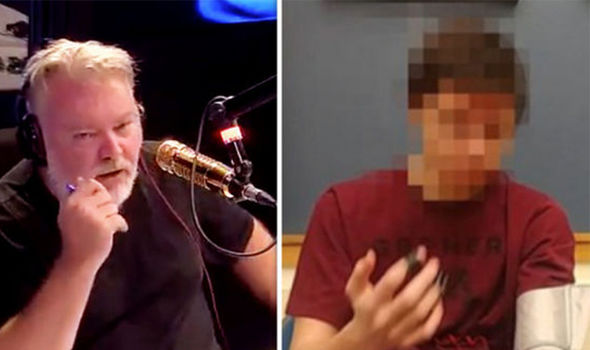 “And after, I realised it was the same city, Los Angeles, but under water.”

Another man called Noah who also claims to be a time traveller shocked Australian radio hosts with mind-blowing claims about the future.

He passed a lie detector where he claimed Donald Trump will be re-elected and artificial intelligence will take over.

He went on to stun Australian radio hosts Kyle and Jackie O as he predicted that there will be a 21-year-old female President called Ilana Remikee, who is the granddaughter of Martin Luther King jnr, who will become President in 2030.

The man, whose face and voice was distorted to hide his identity, said on Sydney’s KIIS 106.5: “She’s 21 at the time, but they pass a new law that basically makes it so you can be younger as president.”

And another “time traveller” claimed he visited the year 6000 and said the time travelling technology will be made available to the public in 2028.

There’s a ‘Lost City’ Deep in The Ocean, And It’s Unlike Anything We’ve Ever Seen : ScienceAlert
Hypertension Drug Shown to Extend Lifespan And Slow Aging in Animals : ScienceAlert
Newly Discovered Fossil Reveals Hundreds of Teeth ‘Never Seen Before in a Pterosaur’ : ScienceAlert
Dogs Can Be Aggressive For Lots of Reasons, And One of Them Is You : ScienceAlert
Intriguing Meteorite From Mars Reveals ‘Huge Organic Diversity’, Scientists Say : ScienceAlert