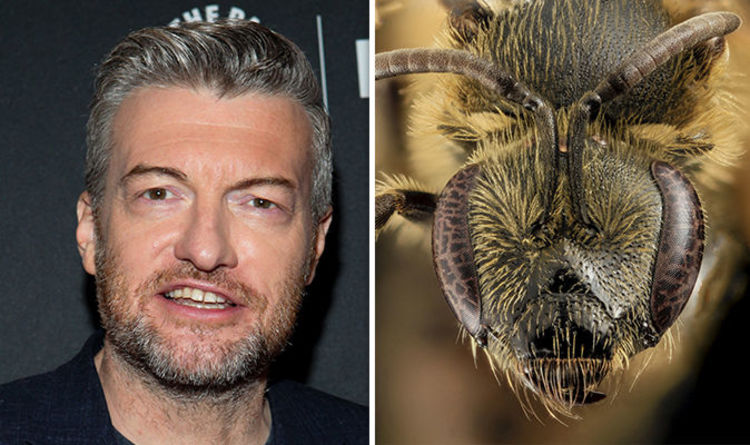 
Insects are vital for pollination, especially bees who fly from flower to flower carrying pollen which sticks to them as they feed.

Natural bee colonies are being wiped out due to pesticides, pollution and climate change which has resulted in scientists created robotic “bees” to do the same job.

But Professor Shekhar from the US University of Minnesota warns of an apocalyptic scenario in which the robot bees could be hacked and turned into killers – similar to the Netflix series Black Mirror.

He said: “Hacking is a security issue so if the bees’ controls are hacked they can be put to a damaging purpose.

“All you need is a sting – and that sting can deliver a chemical.”

The bees will be remotely controlled with electric wings that pick up and deposit pollen.

Scientists are also working on technology to let them fly independently.

Professor Shekhar from the University of Minnesota said they will be fitted a GPS tracker which will allow them to take a particular route, visiting individual plants.

“You can say to bee number one ‘go to these ten flowers’.

“It’s just like when you look at delivery services like UPS or the Post Office – they have to deliver all the letters and pick up all the letters, but it’s all pre-programmed.

“Every vehicle knows exactly the route and the stops for pick up and drop off.

“Imagine a similar thing for the bees.

“The component technologies are there. They are being used in agriculture for mapping plants.

“There images are precise enough to count leaves and picture flowers. It needs to be put together.”

The bees are being developed by Harvard University in the US and Japan’s National Institute of Advanced Industrial Science and Technology.

Professor Shekhar said at the American Association for the Advancement of Science that the bees are likely to be deployed within five years.

In January this year, a group of researchers at the University of Warsaw created the world’s first robotic bee.

The invention could prove to be highly significant due to the rapidly declining number of bees.

Researchers are unable to pin-point the exact reasons why numbers are falling.

Two decades ago, a group of French farmers drew attention to the depopulation of hives because of the disappearance of bees.

This phenomenon is occurring on a global scale, especially in countries with highly developed agriculture.

Many scientists warn of the effects of a world without bees.

Babies May Not Be Born With a Microbiome After All, Scientists Say : ScienceAlert
Study of 500,000 Medical Records Links Viruses to Alzheimer’s Again And Again : ScienceAlert
An Expert Explains Why The Radioactive Water Stored at Fukushima Should Be Released : ScienceAlert
JWST Has Found Life’s Elemental Building Blocks in The Depths of Darkest Space : ScienceAlert
Scans of Mummified ‘Golden Boy’ Reveal He Was Covered in Magical Protections : ScienceAlert