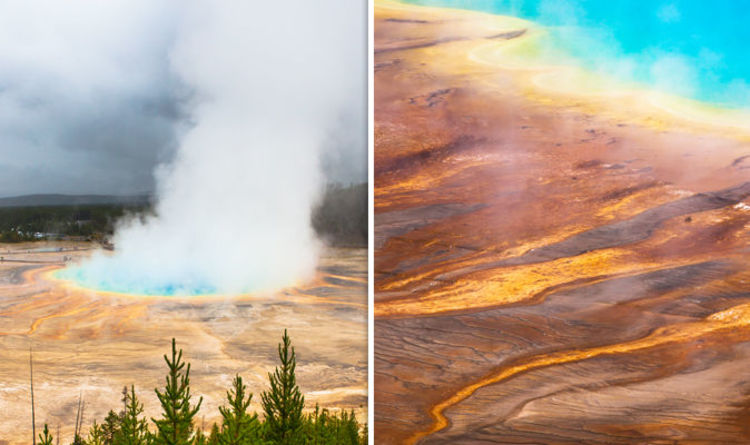 The shock discovery was announced by the United States Geological Survey (USGS) that declared the quakes have been occurring “over the past several days”.

In a post, it wrote: “Over the past several days, an earthquake swarm has been ongoing at Yellowstone.

“Keep in mind that swarms like this account for more than 50 per cent of the seismic activity at Yellowstone and no volcanic activity has occurred from any past such events.

“As of the night of February 18, over 200 earthquakes have been located in an area ~13 km (8 miles) North East of West Yellowstone, Montana.

“Many more earthquakes have occurred, but are too small to be located.

“This is approximately the same place as last summer’s Maple Creek swarm, which included about 2400 earthquakes during June-September 2017.

“In fact, the current swarm may be just a continuation of the Maple Creek swarm, given the ongoing but sporadic seismicity in the area over the past several months.”

The USGS added that the seismic rates and the magnitude of the quakes have “increased markedly” and warned that the largest quake reached a magnitude of 2.9 on the Richter scale.

It went on: “The present swarm started on February 8, with a few events occurring per day.

“On February 15, seismicity rates and magnitudes increased markedly. As of the night of February 18, the largest earthquake in the swarm is 2.9 magnitude, and none of the events have been felt.

“All are occurring about 8 km (5 miles) beneath the surface.”

The USGS attributed the exponential seismic activity to the “numerous faults” in the region that are constantly moving beneath the surface of the Yellowstone.

It continued: “The current and past earthquake swarms reflect the geology of the region, which contains numerous faults, as well as fluids that are constantly in motion beneath the surface.

“This combination of existing faults and fluid migration, plus the fact that the region is probably still ‘feeling’ the stress effects of the 1959 earthquake, contribute to making this area a hotbed of seismicity and swarm activity.”

Although the vast amount of quakes continue to strike the region, the USGS declared that the seismic activity is “relatively weak” as it attempted to calm fears of chaos in the region. 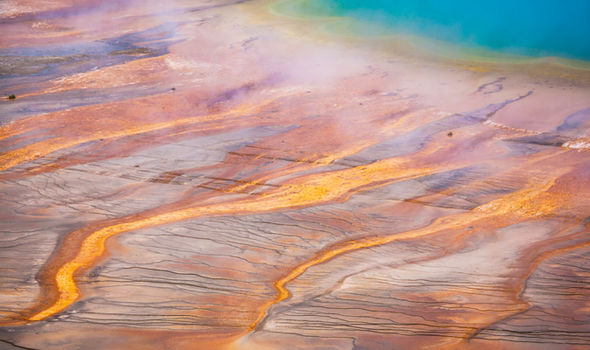 It stated: “While it may seem worrisome, the current seismicity is relatively weak and actually represents an opportunity to learn more about Yellowstone.

“It is during periods of change when scientists can develop, test, and refine their models of how the Yellowstone volcanic system works.

“Past seismic swarms like those of 2004, 2009, and 2010, have led to new insights into the behaviour of the caldera system. We hope to expand this knowledge through future analyses of the 2017 and 2018 seismicity.” 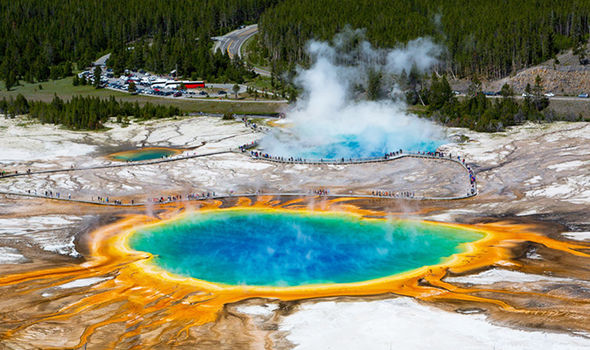 Yellowstone Caldera is a volcanic caldera and super volcano in Yellowstone National Park in Western US.

The super volcano last erupted roughly 700,000 years ago – experts say it should “blow every one million years or so”.

Babies May Not Be Born With a Microbiome After All, Scientists Say : ScienceAlert
JWST Has Found Life’s Elemental Building Blocks in The Depths of Darkest Space : ScienceAlert
Bacteria Can Use Plastic Waste as a Food Source, Which Isn’t as Good as It Sounds : ScienceAlert
Newly Discovered Fossil Reveals Hundreds of Teeth ‘Never Seen Before in a Pterosaur’ : ScienceAlert
Hypertension Drug Shown to Extend Lifespan And Slow Aging in Animals : ScienceAlert