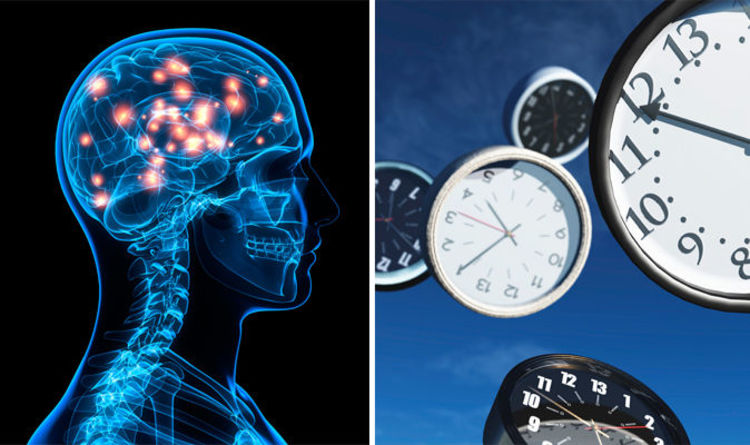 
The ability to remember the past and imagine the future is something that humans greatly rely on to make decisions in our lives which could have major impacts on us.

However, little is known as chronesthesia dubbed ‘mental time travel’– which is the ability to think back in time and into the future – but researchers have made great strides in understanding the process in a new study.

As part of a study, researchers hooked participants up to a functional magnetic resonance imaging (fMRI) machine to monitor their brains.

The people were then asked to think about taking a walk in a familiar environment which could have happened in the real past, an imagined past, the present or the imagined future.

The results, published in the Proceedings of the National Academy of Sciences, showed that certain regions of the brain lateral parietal cortex, left frontal cortex, and cerebellum, as well as the thalamus, were activated differently when the person thought about the imagined past, real past, and imagined future.

Endel Tulving from the University of Toronto in Toronto, Ontario, one of the researchers, told Phys: “Mental time travel consists of two independent sets of processes: (1) those that determine the contents of any act of such ‘travel’: what happens, who are the ‘actors,’ where does the action occur; it is similar to the contents of watching a movie – everything that you see on the screen; and (2) those that determine the subjective moment of time in which the action takes place – past, present, or future.

“In cognitive neuroscience, we know quite a bit (relatively speaking) about perceived, remembered, known, and imagined space.

“We know essentially nothing about perceived, remembered, known, and imagined time.

“When you remember something that you did last night, you are consciously aware not only that the event happened and that you were ‘there,’ as an observer or participant (‘episodic memory’), but also that it happened yesterday, that is, at a time that is no more.

“The question we are asking is, how do you know that it happened at a time other than ‘now’?

“The concept of ‘chronesthesia’ is essentially brand new.

“That is, we found some evidence for chronesthesia. Before we undertook this study it was entirely possible to imagine that we find nothing!”

Scientists Create Shapeshifting Humanoid Robot That Can Liquefy And Reform : ScienceAlert
Bacteria Can Use Plastic Waste as a Food Source, Which Isn’t as Good as It Sounds : ScienceAlert
‘Funky Worm’ Fossil Helps Explain The Mysterious Origins of Amphibians : ScienceAlert
Dozens in 7,000 Year Old Mass Grave Were Carefully Decapitated After Death : ScienceAlert
This Species of Carnivorous Plant Evolved Into a Toilet And Is Now Winning at Life : ScienceAlert