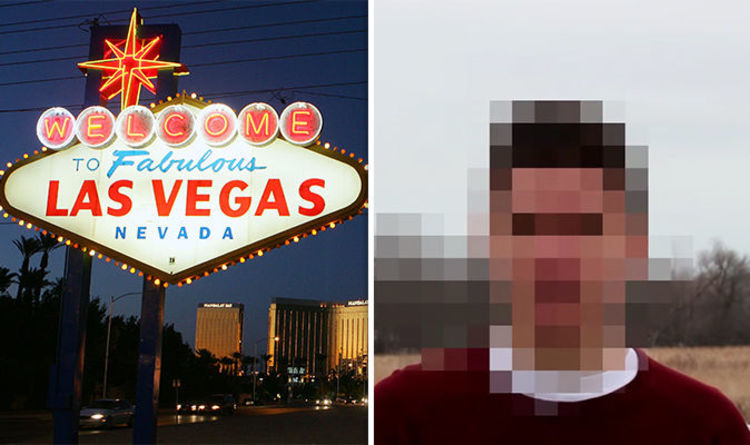 
In a video previously uploaded to the youtube channel ApexTv, Noah, who says he’s from the year 2030, shared a clip which he purported to show Las Vegas in the future.

The strange clip shows aircraft flying above the city and Noah said larger vehicles in the footage were the equivalent of busses and smaller ones are used like cars.

A cityscape can be seen in the background of the video Noah showed.

The narrator also mentions a pinkish sky in the background.

This is apparently caused by excessive amounts of CO2 in the atmosphere and that the climate was “very hot”.

In a previous video, Noah claimed the reason why photographs and videos of the future look odd is because of “distortion” from travelling from the future.

Some viewers were less than impressed with the video.

One said: “That video was absolutely fake. Nice CGI.”

Noah also caused controversy when he claimed Tupac Shakur, known as 2Pac, was not dead but had faked his death to avoid the “Illuminati”.

One person said: One said: “I’ve got a question: Where did you do your acting lessons?

But attacking those who do not believe his account, Noah said he does not “care what others think”.

He added: “I know it’s real. I simply want to spread my story.”

Some people defended the “time traveller”, with one saying: “To be honest anything is possible.”

These Are The Most Distant Star Clusters Ever Seen, And We Nearly Missed Them : ScienceAlert
Experts Estimate The Scale of The Nord Stream Pipelines Methane Leak : ScienceAlert
Control of a 6-Qubit Processor in Silicon : ScienceAlert
Secret Clues in Tutankhamun’s Tomb Reignite The Idea That Nefertiti Is Hidden Nearby : ScienceAlert
We May Finally Know Why Oceans in The Southern Hemisphere Are Getting So Warm : ScienceAlert