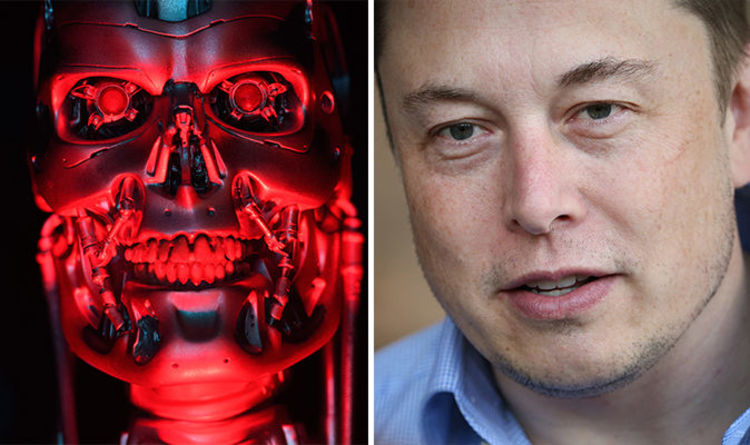 But scientists are concerned about the consequences of robots being able to identify and kill people without human oversight.

Demis Hassabis at Google DeepMind and founder of SpaceX, Elon Musk, are among 2,400 people who signed the pledge which aims to discourage governments from constructing killer AI.

President of the Future of Life Institute, Max Tegmark, said in a statement: “I’m excited to see AI leaders shifting from talk to action, implementing a policy that politicians have thus far failed to put into effect.

“AI has huge potential to help the world – if we stigmatise and prevent its abuse.

“AI weapons that autonomously decide to kill people are as disgusting and destabilising as bioweapons, and should be dealt with in the same way.”

The document calls on governments to establish laws and regulations around the development of killer bots.

Those who signed the document agree neither to participate, support the development of, manufacture, trade or use of lethal autonomous weapons.

The document reads: “The decision to take a human life should never be delegated to a machine.

“There is a moral component to this position, that we should not allow machines to make life-taking decisions for which others – or nobody – will be culpable.”

More than 150 AI-related organisation who added their names to the pledge.

There have been 26 countries in the United Nations which have also endorsed the call for a ban on killer robots.

Toby Walsh, professor of artificial intelligence at the University of New South Wales in Sydney, said: “We cannot hand over the decision as to who lives and who dies to machines.

“They do not have the ethics to do so. I encourage you and your organisations to pledge to ensure that war does not become more terrible in this way.”

Professor Hawking said: “The development of full artificial intelligence could spell the end of the human race.”

We Just Got Our Closest View of Europa in 20 Years, And We Can’t Stop Staring : ScienceAlert
A Rare Condition Makes Hair Truly Untamable, All Thanks to These Genes : ScienceAlert
Control of a 6-Qubit Processor in Silicon : ScienceAlert
3 Major Aquatic Animal Groups Can Trace Their Lineage to This Ancient Armored ‘Worm’ : ScienceAlert
Narwhals Are So Weird, Scientists Used Chaos Theory to Explain Their Behavior : ScienceAlert