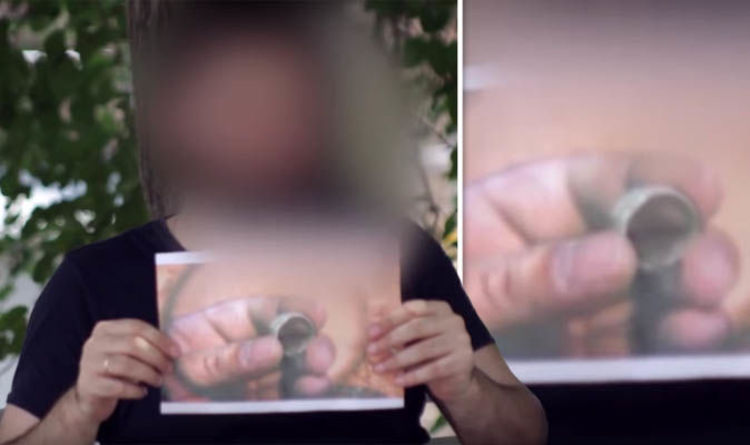 The anonymous man, who chose not to be named and have his face blurred, confessed to his supposed time travel adventures online.

The time traveller appeared in an Apex TV YouTube video where claimed to have visited 17th century China in a time machine dubbed the “Time Queen”.

Speaking in the video, the man said he had to conceal both his identity and his location out of personal security.

But he claimed to have worked and lived in London at the time of his involvement with time travel.

He also claimed his testimony would “shock everyone”.

The time traveller said: “I worked in a secret laboratory which was situated in the cellar of the central laboratory.

“In London, there was no place where one could have a laboratory secretly and not be noticed.

“The name of our laboratory was Globus. The financial part was under control of government.”

He then described the supposed facility where animal hybrids were created, teleportation devices were built and “many experiments” were carried out.

But the most “shocking” piece of technology in the lab was the so-called “Time Queen” – a machine used to send people back and forth in time.

The time traveller claimed: “Time Queen was the most powerful machine. It can take you both to the future and the past.

“In every part of the Earth, the most important part in that machine was the piece of asteroid which has a radiation maker.

“The radiation of uranium is even weaker. The power of the stone has such energy it can destroy the whole planet.


Time Queen was the most powerful machine

“Fortunately, that energy only can be used in laboratory. Otherwise, the planet could be already destroyed.

“That energy can create time borders. We can outsmart computers to that energy and get an algorithm which transforms time to the mathematics, and this let us to travel through the time.”

The man claimed the time travel project was backed by the United States, Russia and Britain. 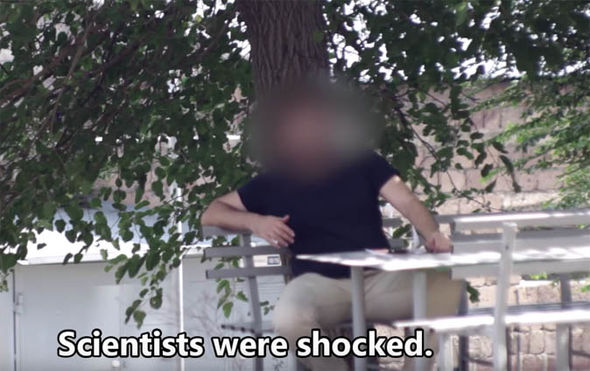 Time traveller: The anonymous man claims to have worked in a secret facility in London (Image: APEX TV) 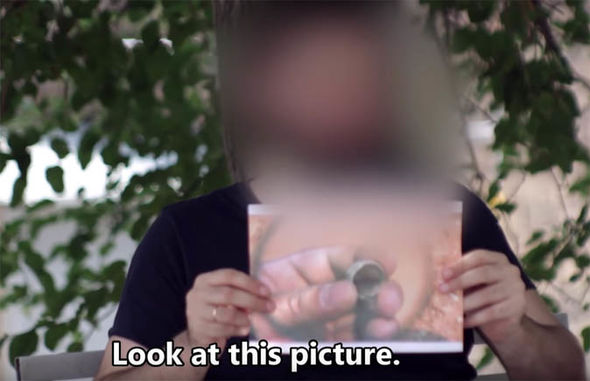 Time traveller: The man would not reveal his name or his face our of security concerns (Image: APEX TV)

He said many of those who were sent back in time never returned and could only go as far back as 4,000 years into to the past.

The time traveller also claimed the Catholic Church strictly prohibited the program from sending agents to the time of Jesus Christ.

The man has previously told Apex TV he was sent to China sometime between the 16th and 17th century with a squad of operatives know as Quantum.

He even pulled up a photo of what he claimed was a Swiss-made watch he lost in China on his mission.

He said: “Look at this picture. This was that watch.

“It is just that watch that I had lost in China in 16th to 17th centuries. I was running at the time from Chinese soldiers.

“A few months ago this watch was found in soldier’s tomb. I think, while I was running, he found and took it.

But despite the incredibly unusual claims made in the confession video, there is no scientific evidence to support the idea humans can travel through time in the way described.

The time travel expert said: “Time travel into the past, which is what people usually mean by time travel, is a much more uncertain proposition.

Weird Creature With No Butt May Not Be Our Ancient Ancestor After All : ScienceAlert
Scientists Say ‘space Bubbles’ Could Shield Earth From The Sun, But Would It Work? : ScienceAlert
Robot Shows It’s Possible to Swim Through The Emptiness of a Curved Universe : ScienceAlert
Jupiter’s Ice Moon Europa Probably Has Upside Down, Underwater Snow : ScienceAlert
Thinking Hard and Long Can Cause Brain Drain : ScienceAlert