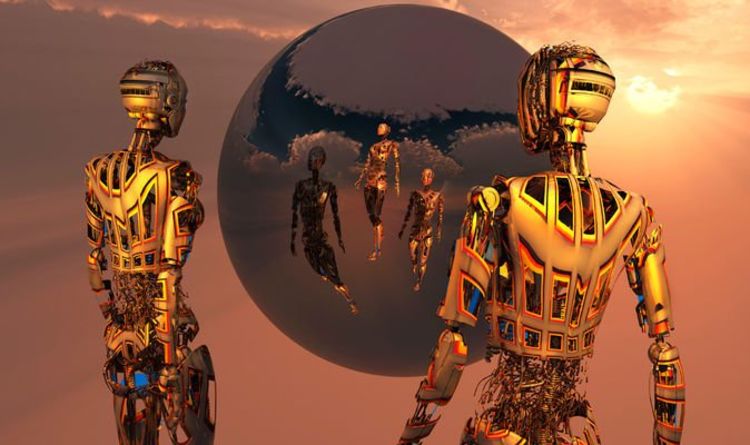 
Self-proclaimed time traveller Jason Quitt discussed the horrors of witnessing a “great war” between alien races, forcing mankind to change the world order. Quitt also reported encountering a technologically advanced city where inhabitants could communicate with one another and even objects, telepathically. The self-proclaimed multi-dimensional time traveller made the startling revelation on this week’s Coast-to-Coast AM radio show.

Quitt said: “These people that lived in that time, it was almost like they were integrated with an artificial intelligence.”

He added the form of government was an Artificial Intelligence (AI) presence tapped into every person on the planet.

However, he refused to go into further detail as it as ”the worst experience I ever had” and “it was like going to hell and back literally”.

He said: “What see in a war zone is not what you see in the movies, it is very different and it hurts you to see those things.

“You come back sort of shell-shocked and you don’t know how to express that because it sticks with you.”

Quitt, who claims to have experienced the past, the present and the future, does not believe he is able to change the future and consequently create a paradox.

He said: “I have always been an observer in future time lines.

“But because when you leave the physical plane, you enter a place outside of time and space.

“In a sense we are altering time by reincarnating back into previous timelines and evolving from there.”

The American media personality, who has a major online following, does not claim to physically travel through time, instead insisting he has “the control to leave the body.”

He told the Coast-to-Coast AM radio show: “Once I am out I lose all control.

“I have no idea where I am going or if I am going to even retain that memory. If I even try to influence the experience I wake up.”

“These experiences feel like they last for only a couple of minutes at the most – they are very quick. So I am trying very hard to extend it.”

Self-proclaimed time traveller Jason Quitt was also asked about his attitude to others who also claim to possess the implausible ability.

He said: “Personally when I hear someone say they are a physical time traveller, with a cell phone-type device, I raise my eye-brows.

“But when people tell about their experiences, I have no question to question these stories, because so many people have the same testimonies.

“So I actually welcome these testimonies and experiences because they mirror my own.”

A Horrible Condition Turning Starfish Into Goo Has Finally Been Identified
Change Doesn’t Happen Overnight, But Research Shows How Social Movements Succeed
Mind-Blowing Video Reveals The Formation of Salt Crystals From Individual Atoms
A New Method Has Been Enlisted to Help Save Elephants, And It Involves Space
Your Body Makes 3.8 Million Cells Every Second. Most of Them Are Blood