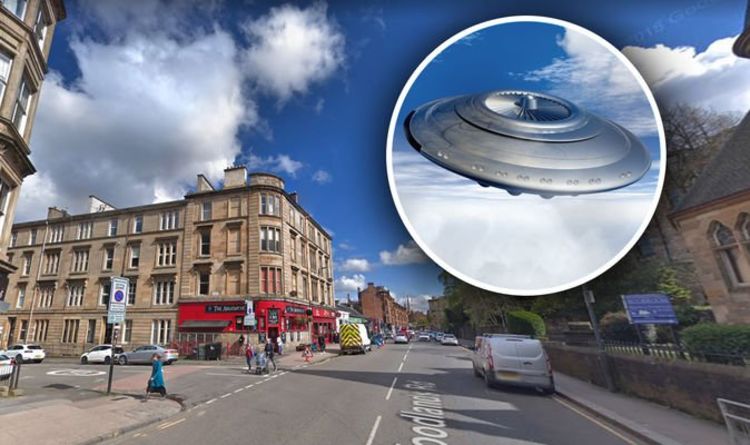 
The UFO claim was made by the Mutual UFO Network (MUFON) following a submitted witness report. A Scottish UFO witness claims to have seen an unidentified flying object of possible extraterrestrial origin last year. The MUFON report, dubbed Case 89841, states the witness saw the UFO on January 24, 2018, while indoors and playing the Xbox. The supposed spacecraft appeared around 8.04pm local time in the form of a “fast-moving” object emitting lights.

The eyewitness, who felt uneasy and disturbed by the spacecraft, at first mistook the UFO for some form of a military plane.

The report reads: “When I saw the UFO move, I felt threatened, however, I also had another strange feeling.

“I felt that whatever was in the craft had seen me, or something else and was also scared, trying to make a swift escape.

“This could explain the various quick movements it was seen making.

“After seeing the craft, I felt weird, like it hadn’t really happened.”

The MUFON report also states the witness felt some sort of connection with the unidentified spacecraft and it felt “like it was not evil”.

The spacecraft itself was described as small, round and with a blue-greyish tint to it.

The UFO had three beams running across it and to the front, which was circular.

The lights on the UFO appeared to twist and turn before they got brighter “as if to focus on something”.

According to the witness, the UFO created a thick, white screen of light from which the three lights merged at the front.

The UFO then shot off in a northeast direction before changing course back and forth.

The report reads: “I lost visual contact when it managed to do five or six quick movements, seemingly defying what direction it had intended to go in, before hovering and vanishing.”

According to MUFON, which investigates UFO reports around the globe, the sighting is a “closed case”.

The UFO group claims to employ the scientific method to sift through thousands of user-submitted UFO stories.

Only about two to three percent of all reports remain “truly unexplained”.

Spitting Cobra Venom Didn’t Evolve to Kill – Just to Put Us in a World of Pain
Male Mantises Evolved a Vital Trick to Avoid Being Decapitated After Sex
A Horrible Condition Turning Starfish Into Goo Has Finally Been Identified
Super Efficient Jellyfish-Inspired Robot Could Become a Restorer of Coral Reefs
Change Doesn’t Happen Overnight, But Research Shows How Social Movements Succeed