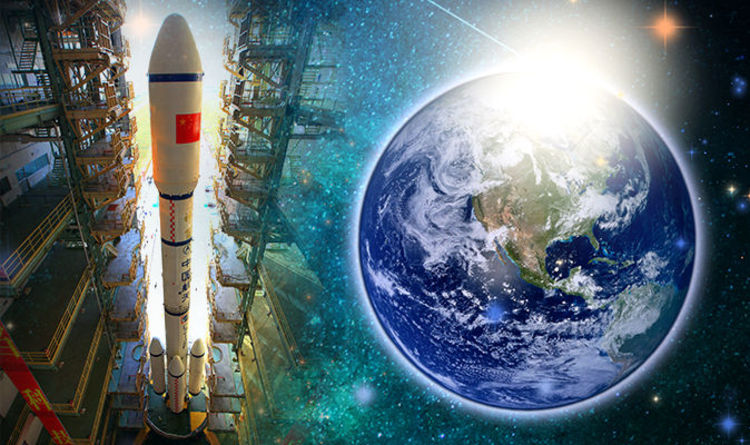 While it is still unsure where Tiangong-1 could land, there are ways to track its path.

Thanks to the website SatView, users can see where in Earth’s orbit the huge satellite is.

At the time of writing, the space station is travelling over Italy, but as the defunct Tiangong-1 is travelling at a relevant speed of 27,000 kilometres per hour, this will obliviously change rapidly.

According to Michigan website MLive says Lower Michigan falls “into the regions listed with the highest probability” of debris from Tiangong-1 hitting.

However, debris is not the only potential damage the crashing satellite could cause.

The Aerospace website reads: “There is a chance that a small amount of Tiangong-1 debris may survive re-entry and impact the ground.

It says: “When considering the worst-case location (yellow regions of the map) the probability that a specific person (i.e., you) will be struck by Tiangong-1 debris is about one million times smaller than the odds of winning the Powerball jackpot.