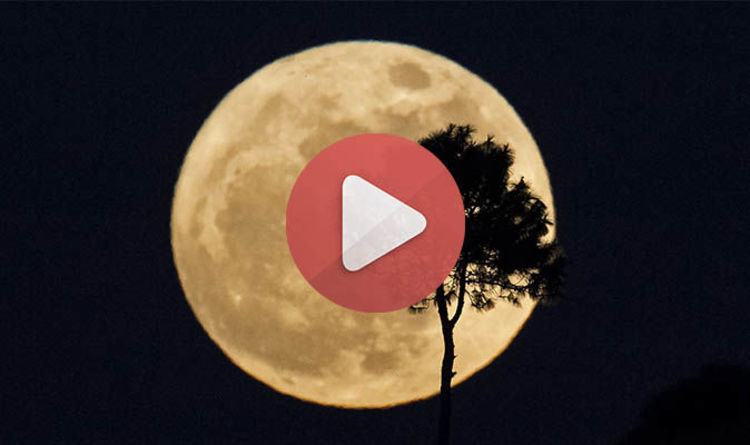 Stargazers across the globe will focus their attention on the night skies on January 1, when the first and largest supermoon of the new year rises.

The New Year’s Day supermoon, also known as the Wolf Moon, is the second in an unprecedented supermoon trio which stated o December 3 2017 and will end on January 31.

Unfortunately for astronomy enthusiasts, the threat of rain and snow coupled with frosty temperatures, could hamper your chances of seeing it in the wild. But the good news is that the event will be live stream online.

The livestream above comes to you thanks to the efforts of a team of astronomers running the Slooh robotic telescope service.

The Slooh livestream will kick off at 6pm EST on January 1 in the US, or 11pm GMT in the UK on New Year’s Day.

Because of the full moon’s position tomorrow, it will only be visible to sky watchers in the Western Hemisphere, meaning that viewers in the UK will have to wait until January 2 to spot in the wild. This means that the livestream is your best bet of seeing it on the day.

Slooh said: “We’ve been lunar lucky lately and are smack in the middle of a Supermoon Trilogy.

“December 3rd’s Supermoon will be followed by one that falls on the first day of 2018 – a New Year’s Supermoon!

“If you’re searching for a New Year’s resolution, why not let your #supermoonchallenge be to spend more time looking at the night sky?”

A supermoon event occurs whenever a full moon reaches within 10 percent of its perigee – or its closest approach to Earth.


December 3rd’s Supermoon will be followed by one that falls on the first day of 2018 – a New Year’s Supermoon!


The difference between a regular full moon and a supermoon may not away be immediately obvious, but scientists at NASA have teased that a supermoon can be up to 14 percent larger and 30 times brighter.

In either scenario, long-time Slooh astronomers Paul Cox and Helen Avery will be at hand to walk the audience through the spectacle of nature.

Slooh said: “This trilogy of large full moons is not rare, but a wonderful cosmic rhythm – supermoons generally come in threes.

“When a Full Moon occurs when the Moon is closest to Earth in its elliptical orbit (termed perigee), we call it a ‘Supermoon’.”

Supermoon 2018: The January full moon will be the largest supermoon of the year

Once the spectacle is over, astronomers and stargazers will look forward to the next big highlight of the month – the January 31 Blue Supermoon.

The January 31 supermoon will be coupled with a partial lunar eclipse, when it passes through Earth’s shadow.

Audiences in the US, Australia and Asia could be treated to a particularly special view with the possibility of the moon briefly turning a red hue.

Slooh teased: “The third part of the trilogy will arrive on January 31st with a Blue Supermoon Lunar eclipse.

“The total lunar eclipse will be visible from the western United States, the Pacific Ocean, Australia, and parts of Asia. That Moon just keeps on giving!” 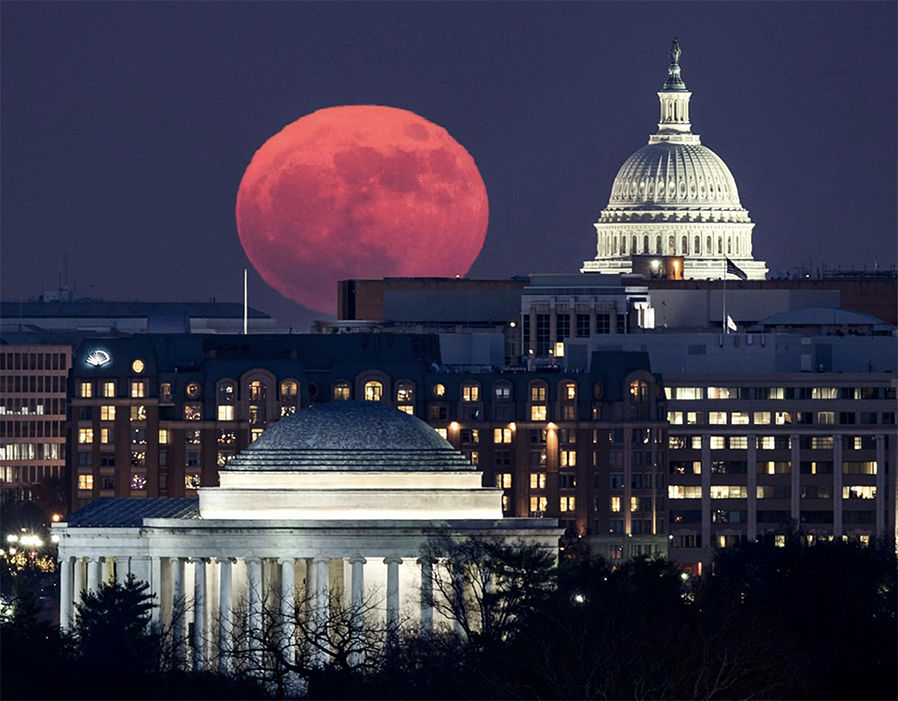 Alternative to the Slooh livestream, you can check out the Virtual Telescope’s coverage of the event which kicks off at 4pm GMT on January 1.

Gianluca Masi, astrophysicist, scientific director of the Virtual Telescope Project, promised that the supermoon will be up to seven percent bigger and a bit brighter tomorrow.

He said: “These differences are very small, only experienced observers can possibly note them, but they add charm to the event, a precious opportunity to admire our natural satellite in the night sky context, an increasingly overlooked and forgotten landscape.”

The Virtual Telescope will stream will feature live commentary from Mr Masi and its roving instruments will follow the full moon as it passes over the skyline of Rome, Italy.