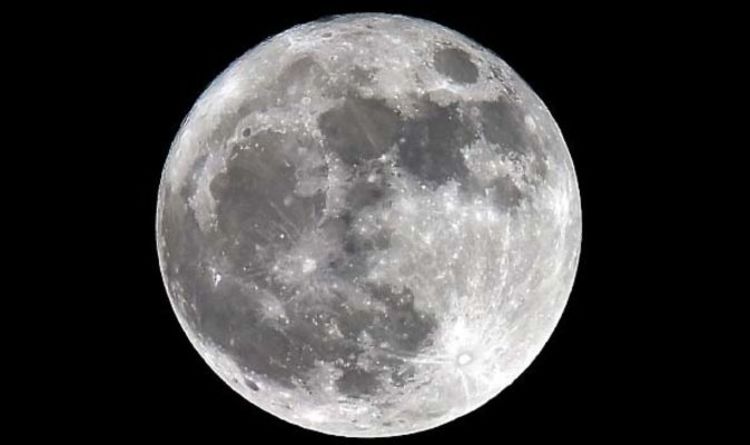 
It’s the second in an unprecedented supermoon trio which started on December 3 2017 and will end on January 31.

The supermoon will peak at around 2.24am, with the Met Office predicting clear skies for stargazing most of the night.

It is caused by the moon reaching within 10 percent of its “perigee” – it’s closest point to Earth.

Scientists at NASA have also teased that a supermoon can be up to 30 times brighter than a typical full moon.

The Met Office has forecast a clear and frosty night from 1-2 January, while cloud and rain will arrive in the UK early on Tuesday morning.

Although it’s likely to be cold, the clear conditions could be perfect for night owls hoping to watch the supermoon when it peaks in the early hours.

As well as being a supermoon, this the first full moon of the year, also known as the “Wolf Moon”.

Early Native American tribes coined the name as it was the time of the year when hungry wolf packs howled outside their camps.

The final supermoon in the December to January trilogy will be visible in the night sky on January 31.

According to tradition, when two full moons appear in the same month, the second is called a “blue moon”.

The rare phenomenon gave rise to the popular saying “once in a blue moon”, meaning not very often.

Technically, the blue moon is not actually a supermoon. The moon will reach the closest point in its orbit on January 30, the day before the blue moon.

However it will still look like a supermoon – and will also be red.

There will be a total lunar eclipse on January 31 in North America, Asia, and Australia, among other places, which will turn the blue moon red.

Lunar enthusiasts can watch a livestream of the supermoon tonight, with commentary from astrophysicist Gianluca Masi.

The stream by Virtual Telescope kicks off at 4.00pm GMT on January 1.

Diamond From 660 Kilometers Below Earth’s Surface Reveals a Water-Rich Environment : ScienceAlert
A Stunning New 3D Model of The Cat’s Eye Nebula May Help Us Solve Its Mysteries : ScienceAlert
Watch a Tiny Robot Blob Transform Into Even Tinier Bits to Squeeze Through Cracks : ScienceAlert
Experts Estimate The Scale of The Nord Stream Pipelines Methane Leak : ScienceAlert
A Rare Condition Makes Hair Truly Untamable, All Thanks to These Genes : ScienceAlert