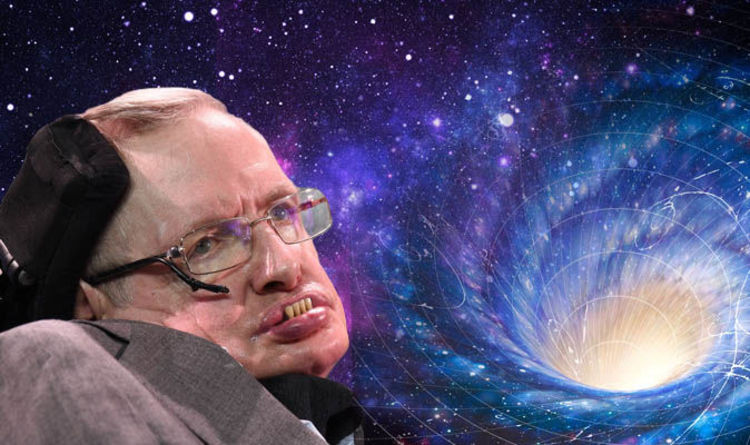 
Superstring theory, which underpins some of Professor Stephen Hawking’s ground-breaking research and hunt for a Theory of Everything, is a scientific hypothetical helping pull together diverse views of the universe.

But a team of scientists in the USA using the telescope known as the Very Large Array (VLA) have discovered filaments which are light-years in length yet just one proton thick – like cosmic cling-film.

At least one It is seems to be linked to the super-massive black hole Sagitarrius A＊ at the centre of our galaxy and some believe it make be a rift or ‘topological defect’ in spacetime itself.

These defects are said by some theoretical physicists to have been created in the early universe and hypothesised to be responsible for the structure of everything.

The filaments, which range from 10 to 100 light-years in length and one to three light-years across.

Scientists behind the find are more circumspect.

“What this showed us is that two seemingly disparate processes, thermal and non-thermal radio emission, can be created by the very same phenomenon – in this case, that phenomenon is pockets of starburst activity.

He added that the exact mechanism for how the areas of starburst generate the magnetic fields is still being investigated and said: “There are many ideas about the mechanism that generates these filaments but one possibility is that they are produced by the collision of winds blown off from individual stars.”