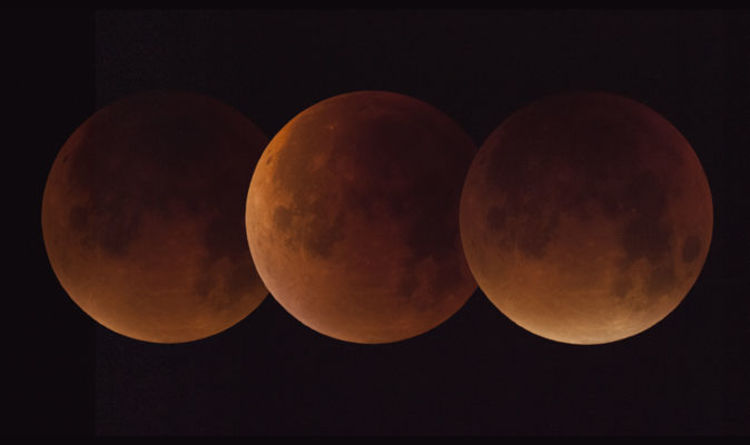 
The lunar phenomenon will take place on January 31, and the next one will not be until 2028.

Experts will be on high alert during the eclipse and will use the Super Blue Blood Moon to unravel some of the mysteries of our lunar satellite.

As the Moon passes behind the Earth and the Sun’s rays are blocked from reaching the lunar surface, the Moon will go from hot to cold very quickly.

How the Moon cools down will allow experts to investigate what Moon rocks are made of.

Noah Petro, deputy project scientist for NASA’s Lunar Reconnaissance Orbiter (LRO) at Goddard Space Flight Center in Greenbelt, Maryland, said: “During a lunar eclipse, the temperature swing is so dramatic that it’s as if the surface of the Moon goes from being in an oven to being in a freezer in just a few hours.”

Paul Hayne of the Laboratory for Atmospheric and Space Physics at the University of Colorado Boulder added: “The whole character of the Moon changes when we observe with a thermal camera during an eclipse.

“In the dark, many familiar craters and other features can’t be seen, and the normally non-descript areas around some craters start to ‘glow,’ because the rocks there are still warm.”

The team will be sensing heat changes over various places on the moon, including a 37 mile long dusty stretch which resembles a tadpole.

How quickly or slowly the Moon loses heat will tell scientists a lot about the composition and size of lunar rocks.

Despite the name, a Blue Moon is actually white, but it is a total eclipse that involves the second full moon in a month.

The first full moon has taken place in the first few days of 2018, and will also be the biggest supermoon of the year.

Experts Estimate The Scale of The Nord Stream Pipelines Methane Leak : ScienceAlert
Still Short of Breath? Here Are 3 Ways COVID-19 Can Damage Lungs Long Term : ScienceAlert
The Tonga Eruption’s 50 Million Tons of Water Vapor May Warm Earth For Months to Come : ScienceAlert
Deep Brain Simulation Could Alleviate OCD When Other Treatments Have Failed : ScienceAlert
These Are The Most Distant Star Clusters Ever Seen, And We Nearly Missed Them : ScienceAlert