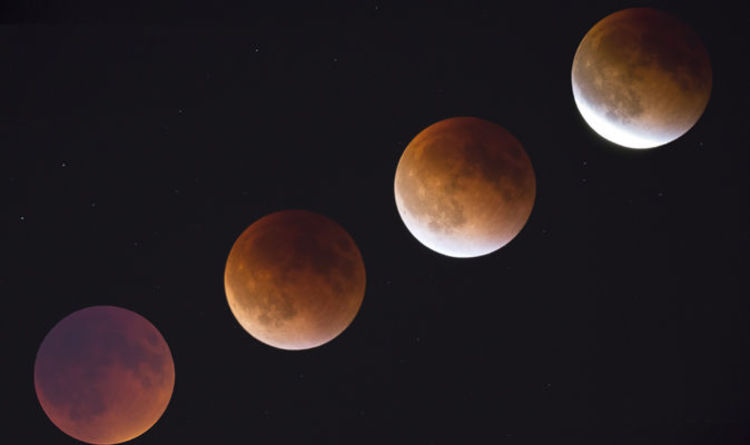 
Taking place on January 31, this will be your last chance to see the lunar phenomenon for a decade, with the next spectacular taking place in 2028.

The showing will begin at 2.51am when the moon begins the penumbral eclipse – the point at which it becomes darkened by the outer shadow of the Earth.

By 3.48am the moon will start the process of the umbral eclipse – where it becomes fully immersed in the Earth’s shadow.

At 4.51am the moon will be fully eclipsed and this will last until 6.07am.

During this time-frame, the moon will have a red twinge to it, giving it the name the blood moon – this is due to the fact that Earth’s atmosphere bends the light from the sun as it reaches the moon.

Despite the name, a Blue Moon is actually white, but earns the name because it is a total eclipse that involves the second full moon in a month.

The first full moon has took place in the first few days of 2018, and will also be the biggest supermoon of the year.

The Tonga Eruption’s 50 Million Tons of Water Vapor May Warm Earth For Months to Come : ScienceAlert
A New FRB Signal Has Buzzed Nearly 2,000 Times in Just Two Months, Raising a Mystery : ScienceAlert
Still Short of Breath? Here Are 3 Ways COVID-19 Can Damage Lungs Long Term : ScienceAlert
Diamond From 660 Kilometers Below Earth’s Surface Reveals a Water-Rich Environment : ScienceAlert
We Just Got Our Closest View of Europa in 20 Years, And We Can’t Stop Staring : ScienceAlert