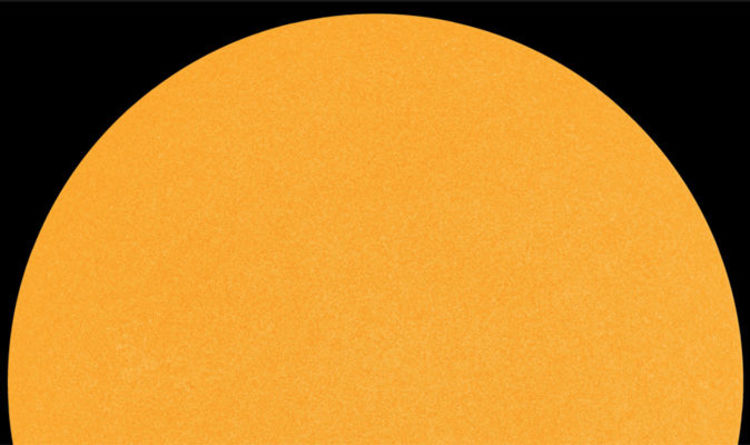 
We are now in the fifteenth consecutive day in which there have been no sunspots.

Experts believe this is evidence that the sun is heading into the solar minimum as a blank Sun is usually proof that a solar maximum is ending.

According to Space Weather: “The Sun has been without spots for 15 straight days. To find an equally long stretch of blank suns, you have to go all the way back to November 2009 when the sun was emerging from the deepest solar minimum in a century.”

The Sun follows cycles of roughly 11 years where it reaches a solar maximum and then a solar minimum.

During a solar maximum, the Sun gives off more heat and is littered with sunspots. Less heat in a solar minimum is due to a decrease in magnetic waves.

The Sun was not expected to head into a solar minimum until around 2020, but it appears to be heading in early which could prove to be bad news.

Ancient Burial of a Young Girl Shows How We Carried Our Babies 10,000 Years Ago : ScienceAlert
These Are The Most Distant Star Clusters Ever Seen, And We Nearly Missed Them : ScienceAlert
Shimmering ‘Lakes’ Under The South Pole of Mars Might Be Something Else Entirely : ScienceAlert
Still Short of Breath? Here Are 3 Ways COVID-19 Can Damage Lungs Long Term : ScienceAlert
Bitcoin’s Climate Impact Is Bigger Than Beef Farming – And It’s Only Getting Worse : ScienceAlert