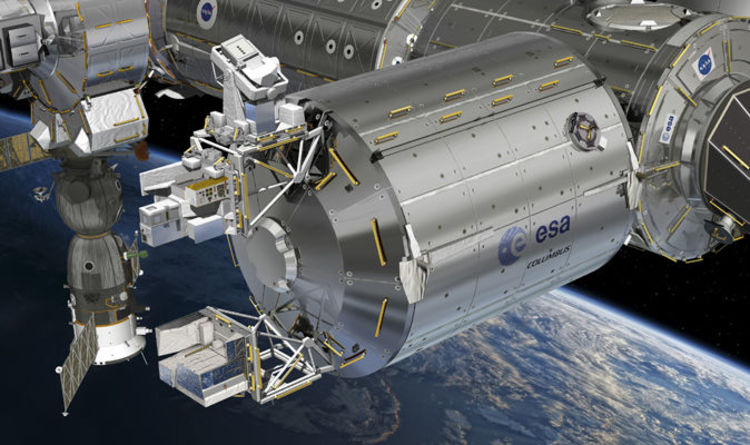 
The Atmosphere-Space Interactions Monitor, also known as the Space Storm Hunter, was rocketed towards the ISS in late April.

The monitor is analysing atmospheric conditions on Earth and the ESA has received its first images, which show bright storms raging in the planet’s upper atmosphere.

Space Storm Hunter managed to take pictures of ‘Elves’ – bright rings which form in the ionosphere, the top of the atmosphere, and are created when electrons and nitrogen collide.

The observatory, which is attached to the European branch of the ISS known as Colombo, was flying over the Indonesian coast of Sumatra when it took the pictures.

Despite the night being extremely cloudy, the Storm Hunter still managed to get clear images – which experts say is a testament to the strength of the camera.

Torsten Neubert, science team coordinator at the Technical University of Denmark, said: “We collected 100,000 measurements per second of this amazing force of nature.

“This is a fantastic example of how powerful our photometers are.

“Even with the clouds partly blocking the lightning, the instruments show powerful electrical discharges high in the atmosphere.

“We think it shows an elve.”

Elves were first snapped by ESA astronaut Andreas Mogensen from the International Space Station in 2015.

Thanks to the image from Mr Mogensen, scientists now know how to interpret Elves when they are spotted, says Mr Neubert.

The ESA scientist says that the current batch of photographs are essentially just from a test run of the facility’s visual cameras.

A second set of instruments, which detects high and low energy, are yet to be installed.

Mr Neubert says: “The most exciting science is yet to come – we will soon be able to correlate these optical data with terrestrial gamma-ray measurements.”