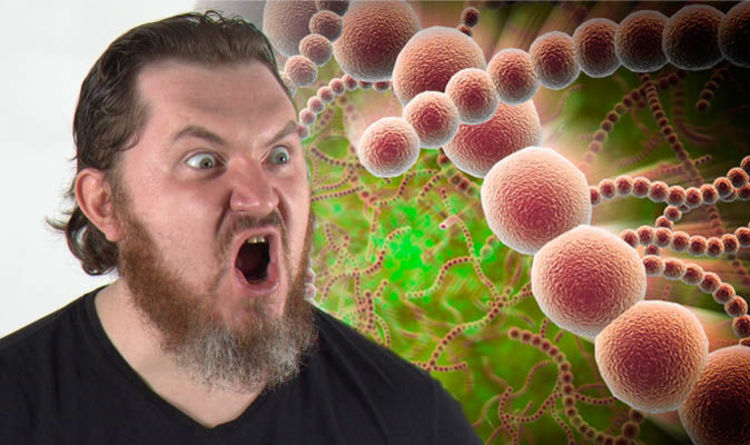 Streptococcus, which causes strep throat, deals excruciating pain to its infected host to make a very comfortable environment for itself.

The horrible bacteria can lead to a flesh-eating disease known as necrotising fasciitis which can be life-threatening if not spotted in time.

A team of medical biologists from the Harvard Medical School, Massachusetts, have now established why the infection is so painful.

In a study published in the science journal Cell, the researchers concluded Streptococcus bacteria release a pain-causing toxin into the host’s body, which in turn inhibits the host’s ability to fight back the infection.

The researchers found the bacteria release a toxin called streptolysin S which triggers intense pain but also mutes communication with the immune system.

One signal travels to the brain to trigger a feeling of pain and another is intercepted by the immune system.

Lead author Pinho Ribeiro said: “We believe this is the body’s way of ensuring the delicate balance between alerting the body of brewing trouble while at the same time keeping overzealous immune cells at bay.”

But the Streptococcus have essentially figured out a way to keeping the immune system out of the equation.

Instead, the body is subjected to disproportionate amounts of pain without fighting back the infection.

This bacterial attack is associated with very strong and intense pain around tiny cuts and scrapes.

Symptoms of necrotising fasciitis begin with a small but painful cut or scratch on the skin, according to the NHS.

Infections will then develop pain which is “out of proportion” to the wound, followed by fevers and flu-like symptoms.

A few hours to a few days after infection, hard swelling and redness pops up around the infected wound.

Dark blotches and liquid-filled blisters often follow with diarrhoea and vomiting on top.

All cases of necrotising fasciitis need to be treated in hospital with strong antibiotics or by removing infected flesh and in most dire cases by amputation.

The FDA Just Approved The Most Expensive Drug in The World : ScienceAlert
Alzheimer’s Gene Doesn’t Guarantee Dementia. Here’s What You Can Do to Reduce Risk : ScienceAlert
‘Baby Brain’ Is Real, Scientists Confirm, And We May Finally Know Why : ScienceAlert
Expert Proposes a Method For Telling if We All Live in a Computer Program : ScienceAlert
Volcanoes May Have Transformed Venus Into a Blistering Hellscape : ScienceAlert