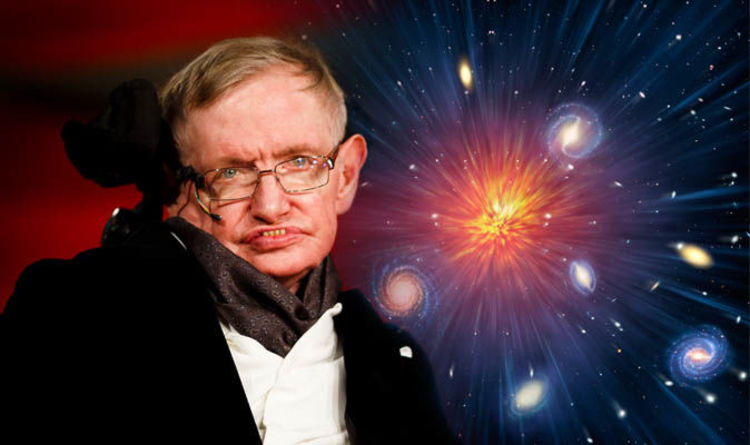 
Professor Hertog was the very last person to co-author a research paper on the origins of the universe with Stephen Hawking.

The two physicists published the seminal paper in April, less than a month before Professor Hawking died on March 14, and their work captured the imagination of the scientific body.

Professor Hawking’s associate has now spoken to Scientific American about his final work with the legendary mind, titled “A Smooth Exit from Eternal Inflation”.

He said: “I have seen press reports referring to our joint work as ‘Hawking’s final theory of the big bang’.

“This is understandable, and I appreciate this final tribute to my late friend and mentor.”

‘A Smooth Exit from Eternal Inflation’ deals with an alternate theory about the start of the universe, going way back to the moment of the big bang.

According to professor Hertog something incredibly “special” happened nearly 14 billion years ago and the paper attempts to understand what it was.

He said: “The way cosmological history unfolds and how the laws of nature come into existence is heavily dependent on how exactly the universe got going.

“The laws of nature are not some sort of Platonic construct, separate and outside of reality. They have emerged as the universe expanded and cooled—and the way that happened depends very much on the precise physical conditions of the big bang.

“Now it happens that the universe we find ourselves in seems to be very delicately fine-tuned in order for complexity and life to emerge.

“This fine-tuning can be traced all the way back to the big bang, nearly 14 billion years ago.

“So something very special must have happened at that initial moment. We want to know what it was.”

The main theory presented in the paper purports that the universe is a much simpler and finite system than previously thought.

Until now scientists believed in eternal inflation which claims many different universes rose out of the big bang – the so-called multiverse.

But professors Hertog and Hawking instead prosed a more predictable model of the multiverse where the number of alternate universes is much smaller.

Professor Hertog said his theory could be a possible completion of the inflation model.

He said: “It explains how inflation could have started in the first place. Inflation in the early universe solves some major puzzles such as why the universe is large and uniform—and yet not completely uniform.

“The answer from inflation is that the near-uniformity is due to inflation’s amplification of quantum fluctuations in the early universe.

“We can still see signs of these inflated fluctuations today, in patterns of tiny variations in the big bang’s afterglow – the cosmic microwave background, emitted when the universe was only 380,000 years old.

“These variations went on to seed the formation of the galaxies.”

The joint paper on the universe’s cosmological beginning was published on April 27 in the science journal Journal of High Energy Physics.

Chilling Glimpse Into Our Future if We Survive Another Million Years : ScienceAlert
Study Attempts to Unravel The Best Ratio of Land to Ocean For Exoplanet Habitability : ScienceAlert
Cannabis For Pain Relief? Review of 20 Studies Provides Sobering Results : ScienceAlert
Octopus Brains Evolved to Share a Surprising Trait in With Our Brains : ScienceAlert
A Tobacco Plant Has Been Engineered to Produce Cocaine in Its Leaves : ScienceAlert