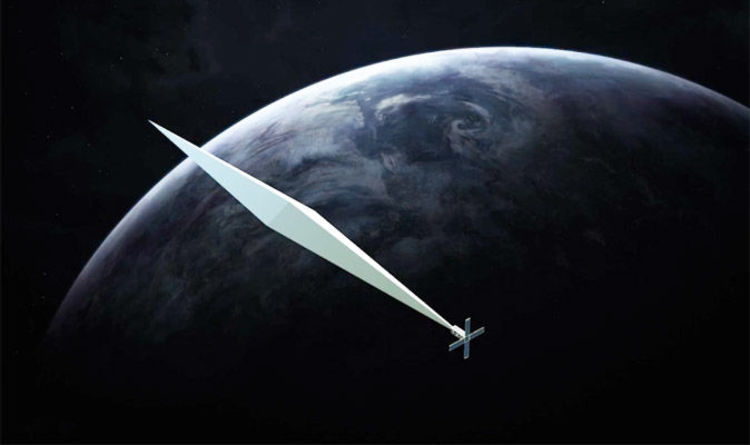 
A brand new man-made star will be visible in October when the Orbital Reflector will blast off from….

The sculpture is a football field sized-diamond and is the work of artist Trevor Paglen.

It will be launched on a SpaceX Falcon 9 rocket and will be placed 350 miles from the Earth’s surface.

Following its launch in late October, the Orbital Reflector will orbit Earth every 90 minutes and will be visible as if it were a bright star four times per night.

It will be attached to a small satellite and will travel around the Earth for three weeks before it is brought back towards Earth where it will burn upon re-entry to the atmosphere.

According to Mr Paglen, the point of the art is to represent the increase in mass surveillance and data abuse throughout the world.

Mr Paglen said: “It’ll look like one of the stars in the Big Dipper but slowly moving across the sky.

“It will be in what’s called a sun-synchronous orbit, and will slowly fall to earth from there, eventually burning up harmlessly as it gets close to earth.

“This is extremely logistically intensive project – it definitely isn’t something that an artist can just do in their studio.

“Space is actually really really big, and it’s extremely unlikely that it will collide with anything else.

“The main thing to worry about is it deploying successfully around other satellites.

“We’ve been working with the launch provider to come up with a plan to mitigate against any accidents there.”

The Orbital Reflector will be launched from the Vandenberg Air Force Base in California.

The sculpture was built by Global Western Aerospace and people on Earth will be able to track where the Orbital Reflector is on the website.

Scientists Don’t Know What to Do With This Weird ‘Blue Goo’ Ocean Organism : ScienceAlert
The Remains of This Recently Found Ancient Structure Are Even Older Than The Pyramids : ScienceAlert
A Stunning New 3D Model of The Cat’s Eye Nebula May Help Us Solve Its Mysteries : ScienceAlert
Wolves Really Can Become Attached to Humans Like Dogs Can, Adorable Study Finds : ScienceAlert
JWST’s First Glimpse of Mars Reveals The Red Planet in a New Light : ScienceAlert