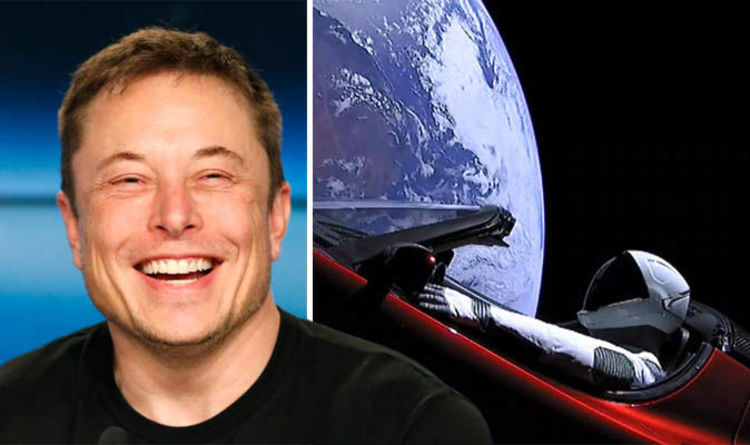 
Those who paid close attention to the Falcon Heavy launch were equally thrilled and mesmerised by the feat of rocket engineering achieved last night.

Not only did SpaceX successfully test the world’s most powerful rocket to date, but its second claim to fame is now launching the world’s first car into space.

Hidden inside the Heavy’s Dragon cargo module was a cherry-red Tesla which burst out into the open once the rocket broke out of the atmosphere.

Those gathered on the rapidly diminishing Earth below, watched in awe for close to four hours as the Tesla barrelled through space – to the sound of David Bowie’s Space Oddity.

Sitting rather nonchalantly inside the car, with one hand resting on the car’s door was Starman, SpaceX’s ambassador to the stars.

Thankfully for SpaceX and Starman, the spaceman was actually a mannequin donning the company’s production space suit.

The suit which was revealed by SpaceX founder Elon Musk last year, will eventually be worn by the company’s astronauts in the future.

But the decision to have him inside the car left a striking image for those watching the SpaceX mission regardless.

The South African billionaire said: “I mean, it’s a dangerous trip, you want to look good.

When the Falcon Heavy test flight was announced in December last year, Mr Musk gleefully pledged it would not be boring, because “anything boring is terrible”.

Instead he opted to replace the usual dead weight in the cargo with the sports car.

But the billionaire’s ambitions did not stop there because the entire launch was full of little details that only the keenest of eyes would notice.

A live webcam view from behind Starman’s head revealed a short tongue-in-cheek message on the car’s dashboard, which said: “Don’t panic.”

The seemingly random message was in fact a reference to Douglas Adams’ popular sci-fi book “A Hitchhiker’s Guide to the Galaxy”.

Mr Musk also revealed a secret message printed onto the car’s circuits, hidden in the hopes that it might one day be read by extraterrestrials.

The tech entrepreneur’s message read: “Made on Earth by humans”.

SpaceX now expects the Falcon Heavy and Starman to orbit the sun on a Mars orbit for a billion years.