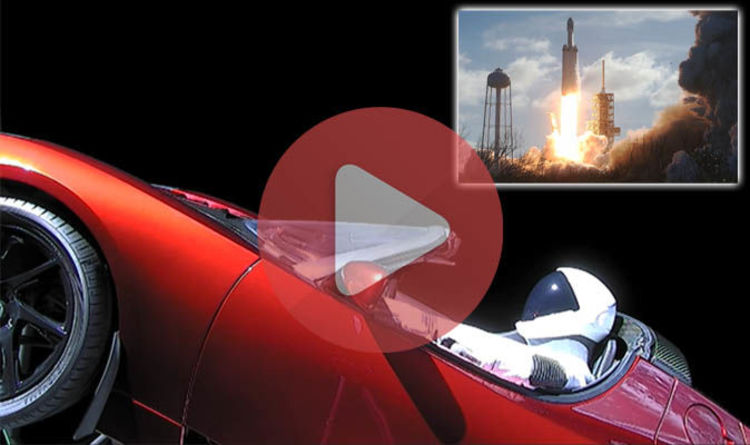 
The SpaceX launch, which was delayed multiple times prior to liftoff, successfully fired a Falcon Heavy rocket into outer-space.

Billed as the most powerful rocket to launch since NASA’s Atlas V, the Heavy is carrying an unusual cargo: A cherry red Tesla Roadster belonging to SpaceX owner Elon Musk.

The billionaire said he wanted to send the electric car to space because normal test flights are too “boring”.

Viewers can watch the mannequin, named Starman in a tribute to Bowie, on his epic road trip using the video link below.

While the actual launch was a complete success, Mr Musk revealed today that the Tesla has taken a wrong turn and will now plough straight into an asteroid belt.

A diagram of the car’s trajectory shows it missing Mars’ orbit and looping back round towards the inner-solar system before reaching Jupiter.

With a total of 27 engines, the Falcon Heavy is the most powerful spacecraft currently in existence.

At 70m tall and 12.2m wide, the powerful rocket can carry 60 tonnes worth of cargo into Low Earth Orbit and nearly 17 tonnes to Mars.

SpaceX said: “When Falcon Heavy lifts off, it will be the most powerful operational rocket in the world by a factor of two.