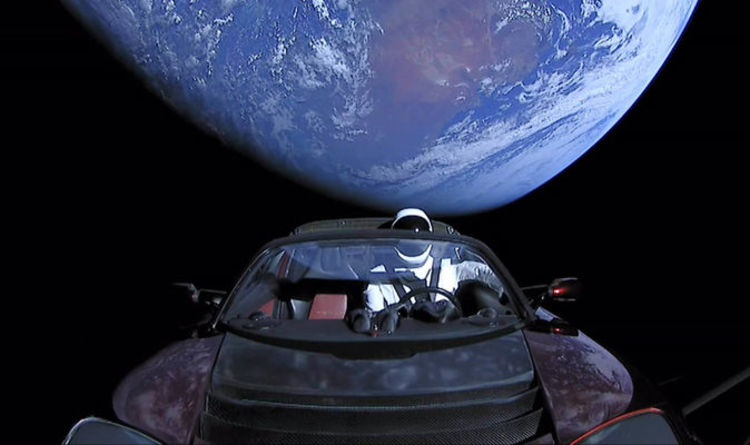 
The scarlet convertible was fired into space as the mock payload for the Falcon Heavy launch, which took place at 8.45pm GMT on Tuesday.

The Tesla and its driver Starman are now 150 million miles from Mars, floating through space after overshooting its trajectory to the red planet.

But the Tesla wasn’t always the intended payload for the Falcon Heavy rocket, it can now be revealed.

According to NASA’s former deputy administrator, Lori Garver, SpaceX previously offered NASA the chance to hitch a ride with Falcon Heavy and attach their own payload.

NASA turned down the chance – as did the Air Force, she claimed.

She tweeted: “I was told by a SpaceX VP at the launch that they offered free launches to NASA, Air Force etc. but got no takers.

“A student developed experiment or early tech demo could have led to even more new knowledge from the mission. The Tesla gimmick was the backup.”

She later added: “I have no idea when Elon decided on the car & the opportunity offered to the govt could have been for smaller payloads, low cost v. free etc.

“SpaceX can give details, but that is their call. I’m sure they would call the car idea brilliant & provocative. My word was gimmick.

“I don’t know 1st hand or know about the reasons. The reaction to FH at NASA when I was there was often ‘never going to happen’.”

Elon Musk’s Tesla Roadster is expected to reach a distance of about 160 million miles away from the Sun.

It is estimated the car “will be in that orbit for several million years, maybe in excess of a billion years, and at times it will come extremely close to Mars and there is a tiny, tiny chance it will hit Mars”.

This Artificial Synapse Can Run a Million Times Faster Than Ones in The Human Brain : ScienceAlert
An Experimental Surgical Robot Is Headed to The International Space Station
‘Structured Water’ Is Not What People Claim. Don’t Believe The Hype, Scientist Says
A Common ‘Forever Chemical’ Has Just Been Linked to Liver Cancer in Humans : ScienceAlert
Deepwater Horizon Oil Spill Still Detectable 10 Years Later, Scientists Say