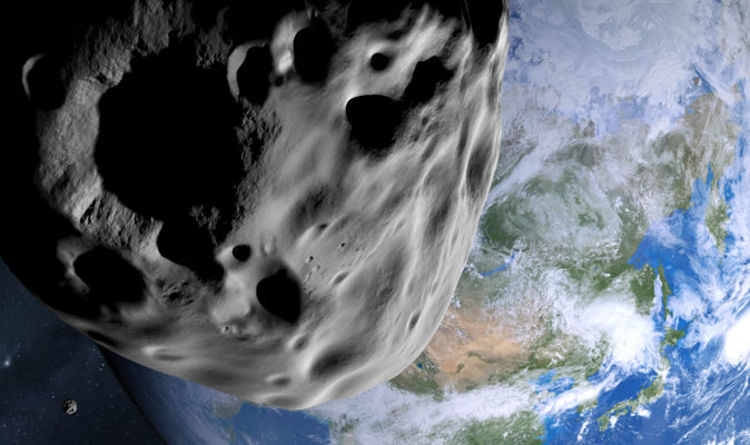 
The asteroid known as 2018 CB which was only discovered by boffins at NASA last Sunday is Earth-bound tonight and traveling at more the 18,000mph.

The asteroid, the space agency says, could be up to 40 metres long – making it much longer than the blue whale, the biggest creature to have ever existed on Earth.

NASA also says that it could be double the size to the meteor that almost wiped out Chelyabinsk.

Experts predict the asteroid called 2018 CB will whizz past Earth just 39,000 miles away – just a fifth of the distance between the Earth and the moon.

But there are margins for error.

The giant space rock is predicted to shoot past Earth tonight at around 22.30 GMT.