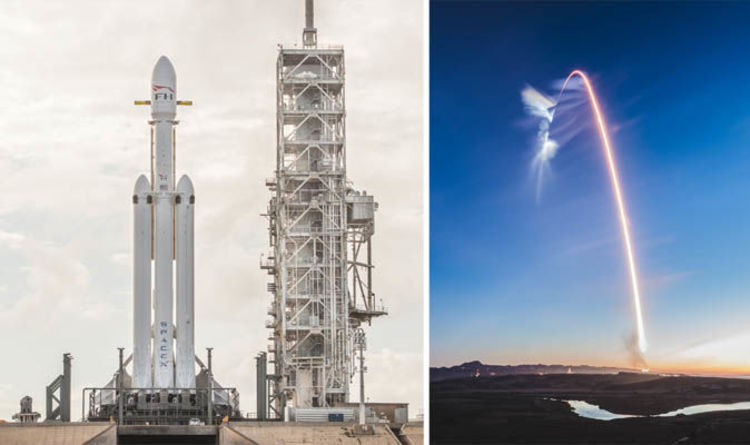 
The 20-story tall rocket will blast off from Florida’s Kennedy Space Center in less than two hours, with a launch window of 2.20pm EST (7.20pm GMT).

The Falcon Heavy was initially scheduled to leave Earth a whole hour earlier but unfavourable wind conditions have derailed the pencilled in launch time.

But as the rocket manufacturer prepares for lift off, you can already jump straight into the action thanks to the official SpaceX mission live cam.

The online feed will feature several high definition cameras peppered around the launch pad, putting you directly in the middle of the launch.

Audiences can also look forward to catching a glimpse of SpaceX’s mission control engineers, and the views from a camera mounted on top of the rocket itself.

Alternatively you can watch the live cam below, mounted outside the Space Center, to see the rocket lift off through the skies over the US.

Legendary astronaut Buzz Aldrin has already camped outside the Space Center today, to see the Falcon Heavy in all of its glory.

Mr Aldrin tweeted a picture of the spectacular view, saying: “It’s a beautiful day for a rocket launch from my favourite launchpad.”

The Falcon Heavy was initially scheduled for launch in January, but several delays pushed it back to February.

Earlier in December, SpaceX founder Elon Musk, pledged to do the unthinkable and spice-up the rocket test by mounting its cargo bay with one of his cherry-red Tesla Roadsters.

If everything goes according to plan later today, the Falcon Heavy will be the most powerful rocket by a magnitude of two, to leave Earth since NASA’s Atlas V.

The Falcon Heavy can carry an impressive 60 tonne cargo into Low Earth Orbit and 17 tonnes all the way to Mars.

The goal of the space mission is to test the Heavy’s spacefaring capabilities for future manned mission to mars.

Mr Cox tweeted: “If all this works and all three pieces of the Falcon Heavy return to base it will be the coolest thing – and a significant step on the road to creating a spacefaring civilisation.

Record-Breaking Experiment Could Solve a Huge Challenge in Quantum Computing
Clinical Trial Restored Sight to 20 People With Corneas Made From An Unlikely Source : ScienceAlert
The Moon Stole Something From Deep Inside Earth Eons Ago, and Scientists Can Prove It : ScienceAlert
This Artificial Synapse Can Run a Million Times Faster Than Ones in The Human Brain : ScienceAlert
Many Cat Lovers Are Giving Their Cats Unwanted Affection, Study Suggests : ScienceAlert