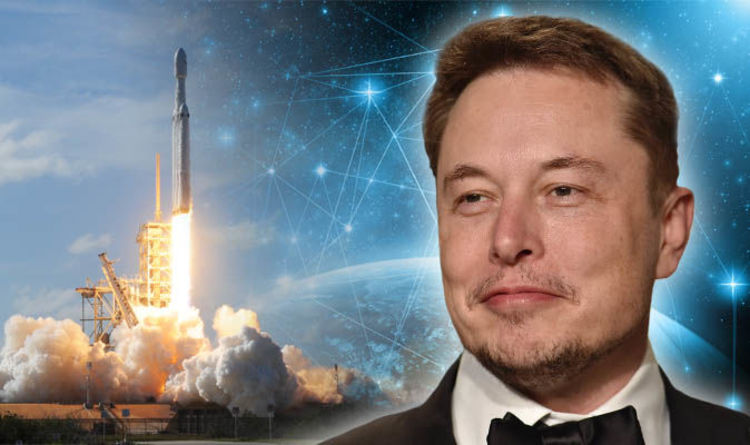 
Real-life Tony Stark, Elon Musk, aims to make history again just weeks after he launched a sports car into a billion year orbit of the sun.

The South African billionaire has revealed his plans for a global network of 12,000 internet satellites dubbed Starlink and the US Federal Communications Commission (FCC) has just given him the green light.

SpaceX is now targeting Friday February 18 at 9:17am EST (4.17pm GMT) to deliver the first Starlink prototype into orbit.

The rocket manufacturer aims to have its ambitious satellite network up and running by the year 2020.

The company believes it can answer a growing worldwide demand for fast and reliable internet connectivity.

FCC chairman Ajit Pai said in a statement on Wednesday the project promises a brighter future for those living in areas where internet access is a rare commodity.

He added: “Satellite technology can help reach Americans who live in rural or hard-to-serve places where fiber-optic cables and cell towers do not reach.

SpaceX documents filed to the FCC reveal that the plan involves placing 4,425 satellites about 700 miles up and another 7,518  around 210 miles up.

The “LEO” and “VLEO Constellation” satellites will operate at different radio frequencies across 83 orbital planes to provide the entire planet, remote locations included, with high-speed broadband.

The company said: “When combined into a single, coordinated system (the “SpaceX System”), the LEO and VLEO Constellations would provide both diverse geographic coverage and the capacity to support a wide range of broadband and communications services for residential, commercial, institutional, governmental and professional users in the United States and globally.

“SpaceX has designed its V-band system to provide efficient, high-capacity connectivity, to include connectivity for rural, remote, and hard-to-reach end-users.

“Operating at an altitude of 1,110 km or more, satellites in the LEO Constellation will have a relatively larger footprint, which will enable them to deploy narrow spot beams over a fairly broad coverage area.”

But with the number of satellites and hazardous space debris already in orbit SpaceX runs the risks of damaging its precious equipment.

In order to avoid the obstacle, SpaceX will de-orbit satellites nearing their five to seven year life-cycle.

Starlink also promises to be a massive money move for SpaceX, with The Wall Street Journal journal projecting last year that more than 40 million people will subscribe to the service by 2025 – $30 billion in revenue.

Our Body Temps Have Been Dropping For 160 Years. Gut Microbes May Be Playing a Role : ScienceAlert
Mysterious ‘Zone of Uncertainty’ Inside The Brain Reveals a Surprise : ScienceAlert
Newly Discovered Fossil Reveals Hundreds of Teeth ‘Never Seen Before in a Pterosaur’ : ScienceAlert
One Simple Idea Makes It Much Easier to Manage Your Weight Over Time : ScienceAlert
Scientists Create Shapeshifting Humanoid Robot That Can Liquefy And Reform : ScienceAlert