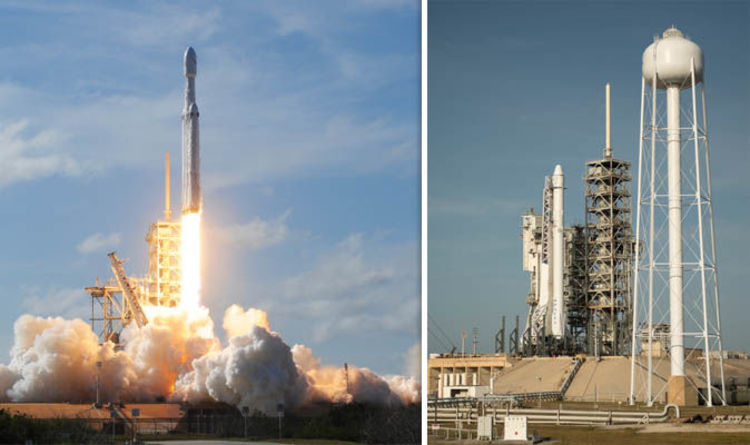 The Falcon 9 PEZ mission was pushed back by a whole day after strong upper winds threatened to derail the rocket during launch.

The rocket manufacturer tweeted: “Standing down today due to strong upper level winds.

“Now targeting launch of PAZ for February 22 at 6:17 a.m. PST from Vandenberg Air Force Base.”

SpaceX fonder Elon Musk conceded it was better “to be paranoid” than to risk the rocket and its payload.

“Postponing launch to tomorrow, assuming winds are better then.”

The Falcon 9 is scheduled to liftoff from Space Launch Complex 4 East (SLC-4E) at the Vandenberg Air Force Base rocket facility in California.

SpaceX launch: The Falcon 9 rocket’s launch was delayed until Thursday

But alongside the PAZ mission, SpaceX is expected to sneak a Starlink satellite prototype on board the Falcon’s cargo hold.

Once operational, Starlink will be an unprecedented network of 12,000 satellites in orbit, beaming down broadband to every corner of the Earth. 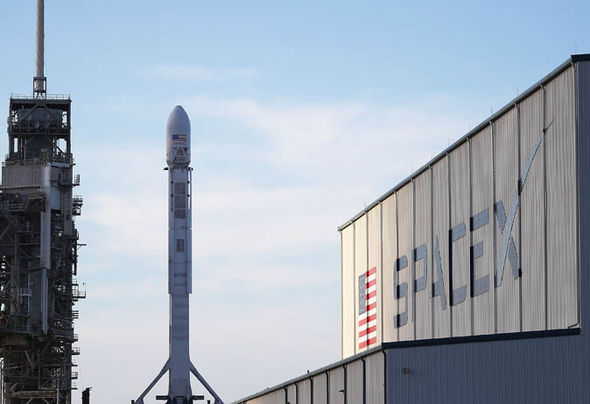 The two “satellite constellations” will provide high-speed internet access to those remote places where it is a rare commodity.

SpaceX said: “When combined into a single, coordinated system (the ‘SpaceX System’), the LEO and VLEO Constellations would provide both diverse geographic coverage and the capacity to support a wide range of broadband and communications services for residential, commercial, institutional, governmental and professional users in the United States and globally.


Postponing launch to tomorrow, assuming winds are better then


“SpaceX has designed its V-band system to provide efficient, high-capacity connectivity, to include connectivity for rural, remote, and hard-to-reach end-users.

“Operating at an altitude of 1,110 km or more, satellites in the LEO Constellation will have a relatively larger footprint, which will enable them to deploy narrow spot beams over a fairly broad coverage area.”

The plans were praised by the FCC, and chairman Ajit Pai congratulated SpaceX for attempting to deliver terrestrial internet access to everyone in America.

He said: “To bridge America’s digital divide, we’ll have to use innovative technologies.

He added: “Satellite technology can help reach Americans who live in rural or hard-to-serve places where fibre-optic cables and cell towers do not reach.

Starlink is expected to draw in millions of customers by the time it is operational.

Hypertension Drug Shown to Extend Lifespan And Slow Aging in Animals : ScienceAlert
Physicists Break Record Firing a Laser Down Their University Corridor : ScienceAlert
Dogs Can Be Aggressive For Lots of Reasons, And One of Them Is You : ScienceAlert
Dozens in 7,000 Year Old Mass Grave Were Carefully Decapitated After Death : ScienceAlert
The Latest Milky Way Survey Shows Off an Incredible 3.32 Billion Celestial Objects : ScienceAlert