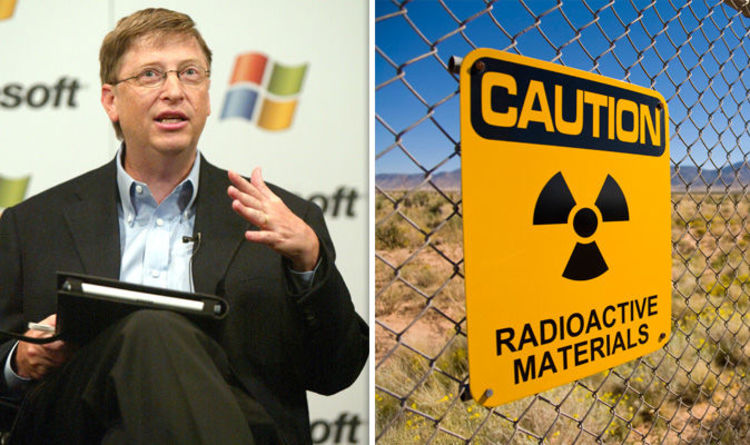 
The Microsoft founder turned philanthropist has compared the power that companies in California’s Silicon Valley – the tech capital of the world – yield to that of countries who hold the nuclear weapons.

The 62-year old billionaire said in an interview with Axios: “There’s always the question how much technology is empowering a small group of people to cause damage.

Mr Gates said if companies are to heed his warnings, they might not need to contend with the “nightmarish government intervention” he claims to have battled against when Microsoft first gained such an influence.

The US entrepreneur, whose net worth is reportedly more than £65billion ($91bn), explained: “The tech companies have to be careful that they’re not trying to think their view is more important than the government’s view, or than the government being able to function in some key areas.”

In the case of bio-terror, Mr Gates added that the next tech savvy generation could help to eradicate the world’s population if the wrong people are taught the wrong things.

Mr Gates continued: “It’s easier for kids to do genetics in a laboratory.

“That’s a really good thing, unless a few people decide to make human-transmissible smallpox and spread that into the world.”

Mr Gates has previously said that bioterrorism has the potential to kill tens of millions of people and is a bigger threat to humanity than nuclear war.

He told an audience at the Munich Security Conference in 2017 that “the next epidemic has a good chance of originating on a computer screen,” implying that terrorists are turning to modern technology to impose danger on the world.

An outbreak is on the horizon, he warned, and urged the powers that be around the globe “to prepare for these epidemics the same way we prepare for war.”

Physicists Break Record Firing a Laser Down Their University Corridor : ScienceAlert
Bacteria Can Use Plastic Waste as a Food Source, Which Isn’t as Good as It Sounds : ScienceAlert
Viagra Linked to Much Lower Risk of Death in Men, But Questions Remain : ScienceAlert
There’s a ‘Lost City’ Deep in The Ocean, And It’s Unlike Anything We’ve Ever Seen : ScienceAlert
This Physicist Says Electrons Spin in Quantum Physics After All. Here’s Why : ScienceAlert