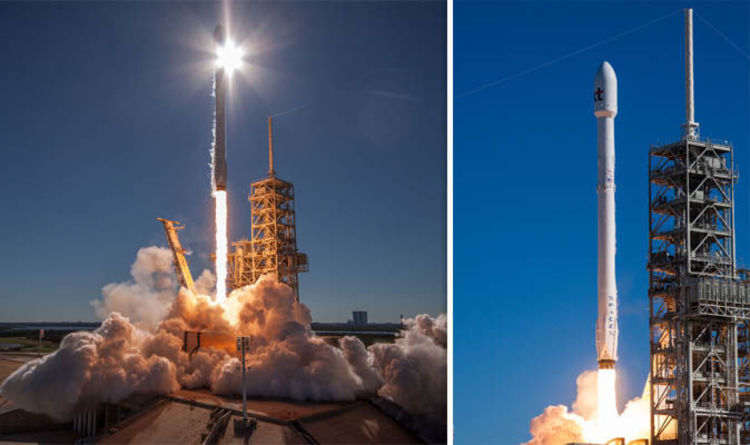 
The Falcon 9 will leave Earth in less than 24 hours after its Wednesday 9.17am EST (2.17pm GMT) launch window was dogged by poor atmospheric conditions.

The SpaceX rocket is now scheduled to launch from Space Launch Complex 4 East (SLC-4E) at the same time on Thursday February 22.

SpaceX founder Elon Musk said he would rather delay the launch than risk losing the rocket and its payload to strong winds.

“Postponing launch to tomorrow, assuming winds are better then.”

“Now targeting launch of PAZ for February 22 at 6:17 a.m. PST from Vandenberg Air Force Base.”

Firstly, the company will deliver a Spanish PAZ radar satellite into low orbit on a five year mission.

Secondly, and more importantly to SpaceX, the Falcon 9 will deliver two prototype satellites for the upcoming Starlink project.

SpaceX plans to deliver a staggering 12,000 satellites into space by 2020 to deliver high-speed broadband to every corner of the planet.

The Starlink project was given the seal of approval by the US Federal Communications Commission (FCC).

He added: “Satellite technology can help reach Americans who live in rural or hard-to-serve places where fibre-optic cables and cell towers do not reach.

According to permission documents filed at the FCC by SpaceX, the Starlink network will comprise 4,425 satellites about 700 miles up and another 7,518 around 210 miles up.

SpaceX hopes to have the network operational no later than 2020, drawing in millions of customers to its service.

The company said: “The combined SpaceX System will address both the need to bring new broadband capability to the US and international markets and the need to accommodate growing demands in more developed areas.”

One Simple Idea Makes It Much Easier to Manage Your Weight Over Time : ScienceAlert
Newly Discovered Fossil Reveals Hundreds of Teeth ‘Never Seen Before in a Pterosaur’ : ScienceAlert
This Physicist Says Electrons Spin in Quantum Physics After All. Here’s Why : ScienceAlert
Lightning Strikes Create a Strange Form of Crystal Rarely Seen in Nature : ScienceAlert
Major Blow as Experimental HIV Vaccine Fails in Late Clinical Trial : ScienceAlert